Happy day! I suppose nothing excites me more than an e-mail from an editor sitting in my inbox and today, I had three! First up, Heritage Asia said they'll publish my article "Precious Objects: Decorative Art of Mughal India", which I think may come out in their January - March 2008 issue. Here's a glimpse of the elegant layout they came up with (I love it!): 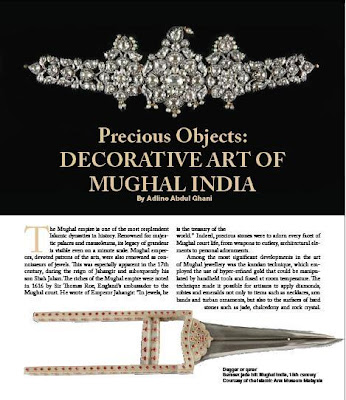 Second, I heard from Berg publishers, who are updating contributors on the progress of "The Encyclopedia of World Dress and Fashion", a monumental publication of theirs due out in 2010. Their website also has a wonderful new look! 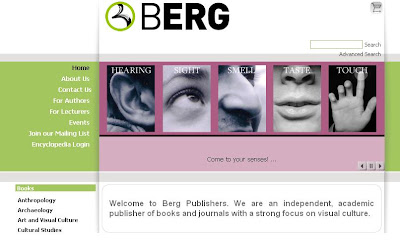 Last, but not least, I heard from Essenze magazine. I was told that a few copies of the latest issue of the magazine were dropped off at my work place yonks ago, but I've seen neither head nor tail of them... they must be tracked down! Happily though, I get to work on a new article for them, possibly on traditional Malay edged weapons!
(**spasm of joy**)
at December 18, 2007