Amir will be leaving preschool soon to enter primary one at the start of next year, and last weekend, on November 13th, Krista held a concert/play. The theme was Arabian Nights, and Amir starred as the Sultan! 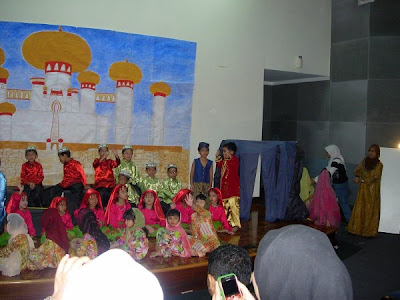 The cast on stage. Cool backdrop! 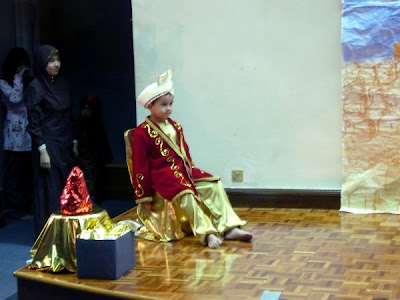 His Majesty on his throne. 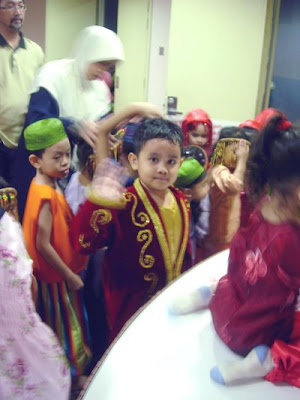 His Majesty getting ready back stage. 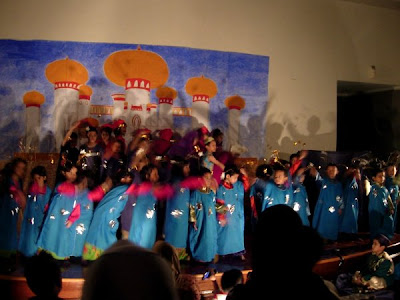 The finale.
Amir had lots of fun and delivered his lines really well. He'll miss his school, and especially his teachers when he goes to 'big kid' school next year.
at November 13, 2010