There is a great deal to see and do in London, but the one thing that I really wanted to catch before I went home was the Tate Modern. The museum buff in me has been treated to the British Museum and V&A, but the spirit of the former Fine Art student longs to be satiated.  Thankfully I got the chance to nip off to Tate yesterday and here are some of the things that caught my eye in this amazing gallery. 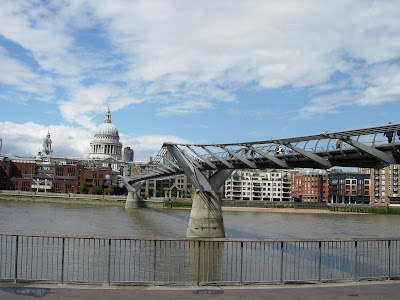 I had planned to take the tube from Liverpool St Station, but while I topped up my Oyster, the man behind the ticket counter suggested that I take the more scenic route via the 11 bus. I alighted the bus at St Paul's Cathedral and walked across the Millenium bridge - which is pretty unnerving for someone who's got a slight  issue with heights! 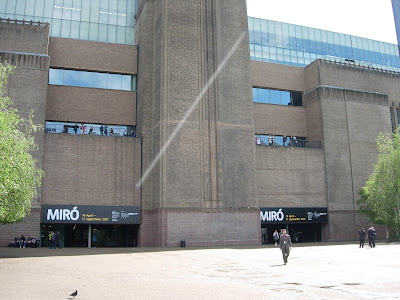 As a former power station, the Tate Modern building is massive, but the entrance is pretty unassuming. A ray of sun must have reflected off my lens, because otherwise, I've got no idea what that white streak in the middle of my shot is! 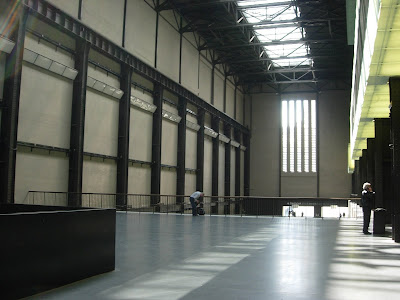 A lot has been said about the gallery's incredible interior, and though I'm not an architectural enthusiast and it's just a lot of open space, I must say I would've come all the way just to experience it. Now for the art... 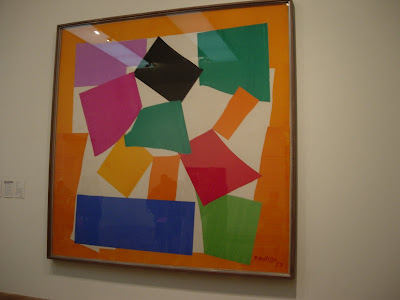 I've always liked Henri Matisse's colourful works, and this one, entitled "The Snail," is a larger than life paper collage. The piece is poignant, belying its cheerful appearance, as it was made while he was dying of cancer. I found myself staring at this for a good few minutes. 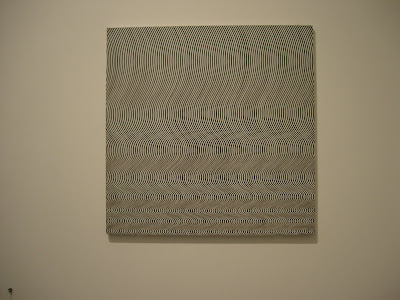 I was unfamiliar with the work of British painter Bridget Riley, but I really enjoy the way she captures visual tension, particularly in this painting. Look at it for more than a minute, and you'll probably get a migraine - cool. 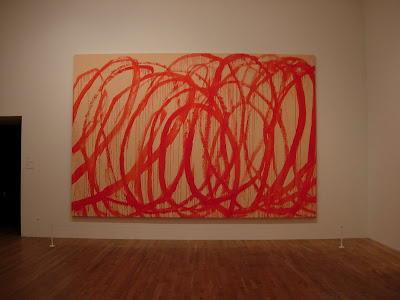 Call Cy Twombly's work graffiti if you will, but I find it fascinating. His paintings are huge and I want to know how he manages those gestural strokes while getting the residual paint to drip down like that. 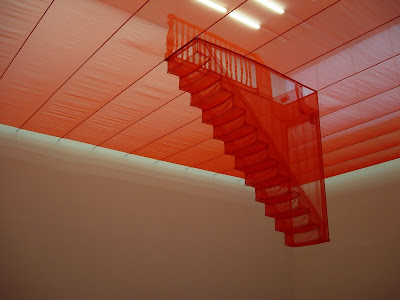 While we're on the colour red, let's look at Do Ho Suh's transcendental work. The Korean sculptor's stairs seem to bridge this realm and one that's more ethereal. 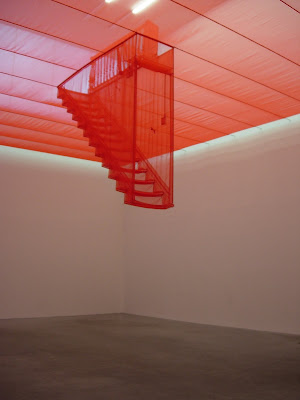 Simply stunning from every angle. 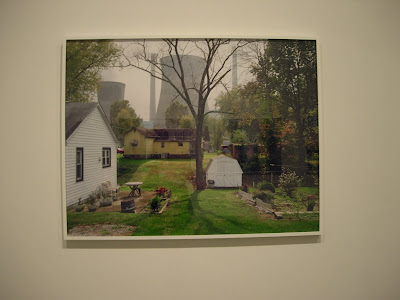 I was incredibly drawn to this photograph by Mitch Epstein. This one is part of his 2003-2009 series American Power, which documents how power is produced in America. At first glance, it's an idyllic country home, but looming in the horizon is an imposing coal power plant. 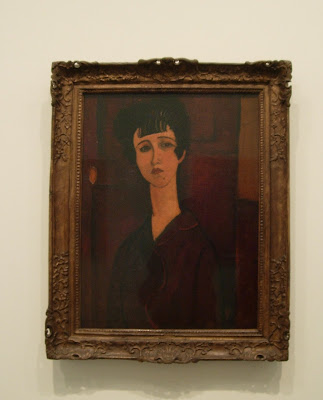 I'm not a fan of portraiture, but Amadeo Modigliani is one of my favourite figurative painters. I find so much depth in his subjects, their eyes and expressions, or lack thereof, they're incredibly haunting. 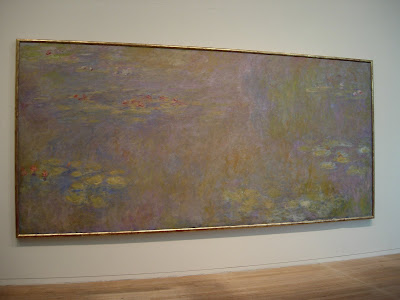 I sat in front of Claude Monet's waterlilies for so long I lost track of time. It is the absolute highlight of my visit to the Tate. 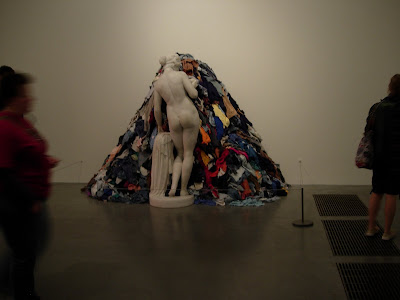 Michaelangelo Pistoletto's installation grabbed me, such a brilliant into to Arte Povera. 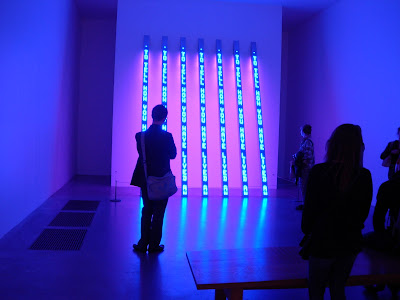 Something like this looks quite "natural" in our tech-obsessed times, but Jenny Holzer conceived this in the 1950s! 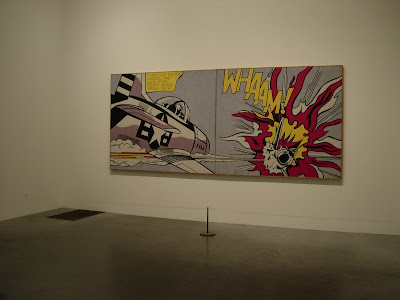 I spotted Roy Lichtenstein's painting from a distance and it just drew me in like a firefly to a flame. 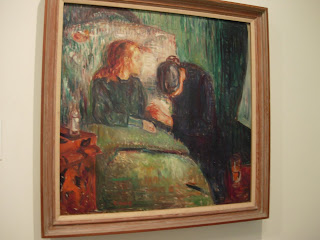 The anguish emanates from this Edvard Munch painting. 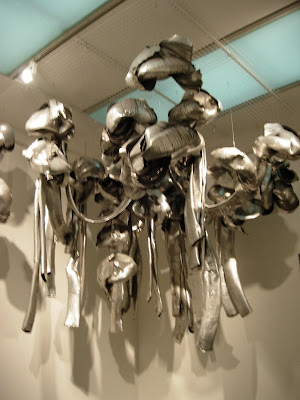 I am new to the layered and textured work of Marisa Merz. I also just love seeing works by female artists. 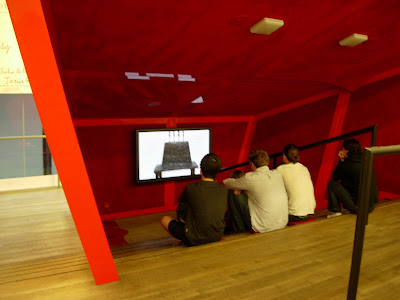 I loved this video documentary corner that helps visitors to the Tate learn more about the work on the display, the artists behind them and the significance of the art to us all. The information is accessible, not high brow and pretentious, the curators here have done a great job at interpreting the art for the masses, without shoving things down our throats.
During my visit, I was also able to feast my eyes on the work of one of my favourite photographers - Diane Arbus. She has able to offer us an incredibly intimate glimpse at the lives of people on the fringes of society. It's sad that she ended her own life at 48.
Pressed for time, my visit ended oh too quickly, but it was a very fulfilling and rewarding day for me. Thank you Tate!
at June 10, 2011