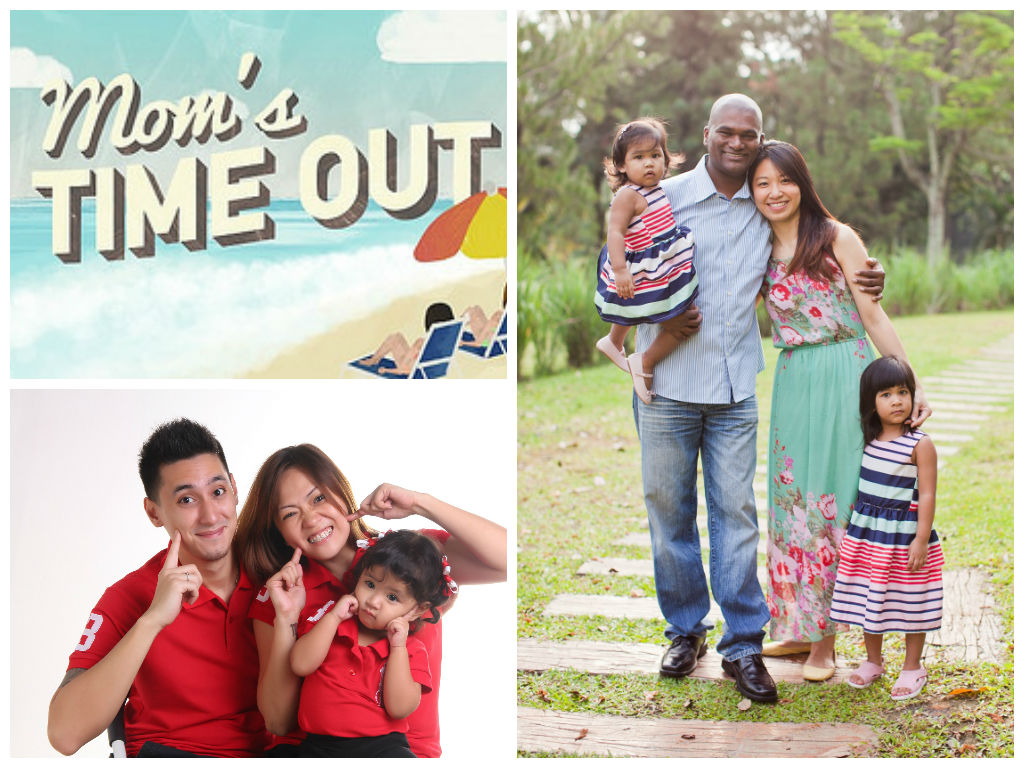 Late last year, I gave up my career as a museum curator to become a stay-at-home mum and freelance writer. Fulfilling my role as a full-time mum to 10 year old Amir and 4-month old Arif has not been without its challenges, but I wouldn't have it any other way. My husband has done a great job supporting me, but I really don't know how he would cope with looking after the kids and holding down the fort if I were to go away for a few days.

This is precisely what the producers of Mom's Time Out wanted to find out - What would happen if the woman in the household disappears and the man takes over?

Exploring the idea that being a mom is an attitude and not just a biological relation, three families from Singapore, Malaysia and the Philippines are put to the test in a role reversal social experiment. In the reality show, which is Lifetime's first Asian production, the three moms take a 5-day holiday in Vietnam together, leaving the dads to manage their kids and household.

The five half-hour series showcases the interesting and sometimes funny results when these typically hands-off dads are left in charge. The tune in, catch the show as it premieres on 28th August 2014 and when it airs on Thursdays at 9 pm (SIN/HK) on LIFETIME™, which is available on Astro Ch 709.

So will dad step up or give up?

You'll have to tune in to find out :) For a taste of what's in store on the show, check out this video:

But that's not all! When you tune in to Moms Time Out, you stand a chance to WIN a 3D2N stay at Angsana Lang Co, Central Vietnam! Just download the ScanAd app on your Apple and Android devices. Open the app and scan it while watching the show to access more content on Mom’s Time Out. You can also share and learn opinions from other parents when you take part in the weekly discussion on the app!