I'm happy to announce, my second appearance in Heritage Asia magazine. I like the cover :) 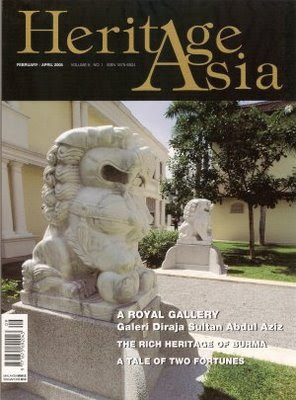 You know who's got the most 'bling' of the Islamic world? It's the Mughals, that's who. In 1616, Sir Thomas Roe, ’s ambassador to the Mughal court wrote of Emperor Jahangir “In jewels, he is the treasury of the world”. Having witnessed the glory of the Taj Mahal and the Red Fort, I'm inclined to believe him. I have a serious soft spot for the Mughals. I adore their culture. That's why I chose to write about them for this issue. It's important to write about the things you love, it makes the experience entirely more rewarding.