My husband, son and I just got back from a 3-day, 2-night trip to Malacca. It was a short trip, but it gave us enough time to check out the historical city at our own pace. It's been years since my husband and I have been to Malacca, and it's our first time there as a family. Amir's never been to Malacca as well, so it was quite exciting for us. Obviously, we had to take in breathtaking sites that are the A Famosa. St Paul's Church and Stadhuys... 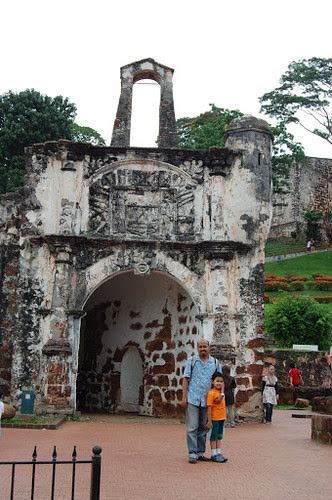 The A Famosa is a fort that the Portuguese built in the 16th century. All that's left of it today is the Porta de Santiago, a small gate house. 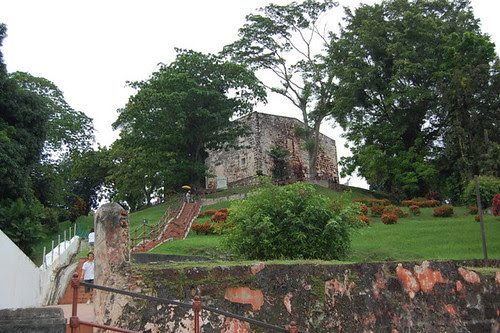 Just behind the A Famosa is St Paul's Church, a Portuguese chapel that was converted into a burial ground by the Dutch. Since it's perched on top of a hill, you'll have to climb up quite a few steps to get to it. This can be quite a challenge on hot afternoons, so do bring along comfy shoes, a hat, umbrella, fan, bottles of water... you get the picture! 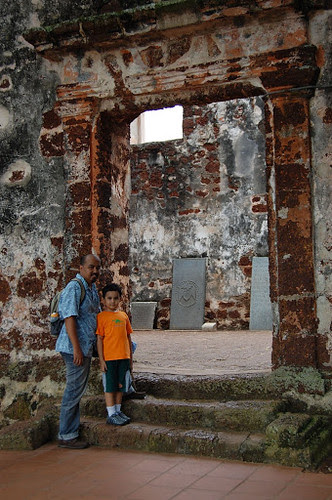 When you make it to the top of the hill, you'll be rewarded with a fantastic glimpse into history! I am positively intrigued by the red rock that they've used to build the fort and church. I wonder what it's called. I remember finding a similar pebbles in my school field in Johor Bahru. 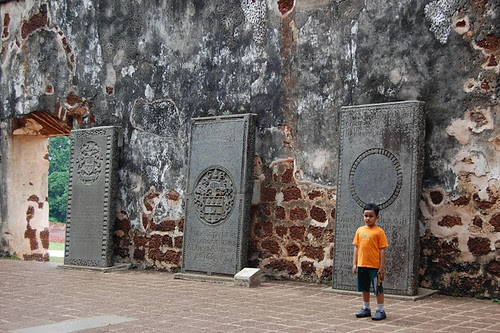 Did you know that the British used this church to store gunpowder back in the day? Within the compound of the church, you'll also find a metal cage that leads to a hole in the floor. This is actually an open grave where St Xavier was buried in 1553, but his body was removed and shipped to Goa soon after. People like to drop money into the open grave, perhaps to appease the saint, the souls of the dead (those big slabs are tomb stones), or they believe it will bring them luck. 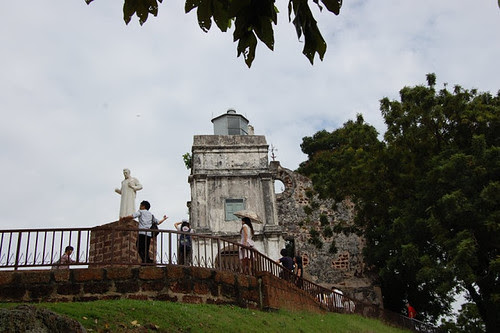 It's hauntingly beautiful, in all its decaying glory, but one can only imagine how spooky this place must get at night... 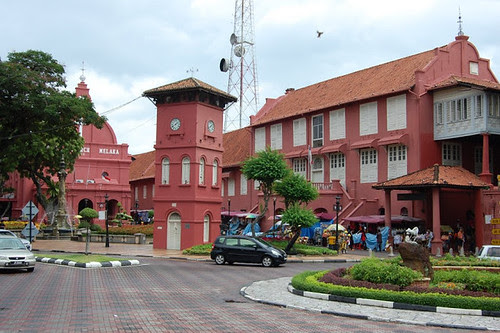 Not far from the A Famosa and St Paul's Church is Stadhuys (State House), once the official residence of the Dutch Governor. Today it houses the History and Ethnography Museum. Right next to it is Christ Church, a Dutch-Colonial  Protestant church built in the 18th century. 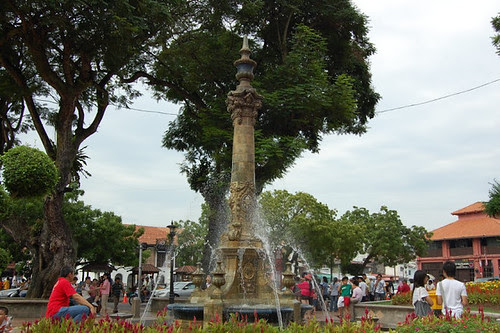 In front of Christ Church is Queen Victoria fountain, which was built to celebrate her diamond Jubilee in 1901. Nearby are also the Melaka Art Gallery and Melaka Youth Museum. To beat the heat, just cross the road and enjoy some cendol next to the Melaka River. 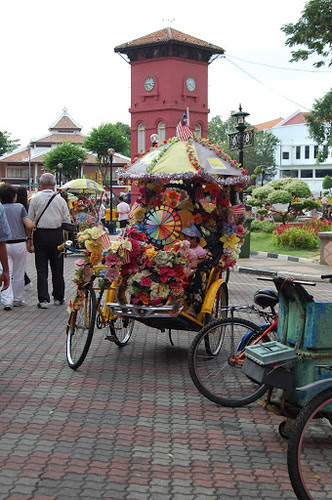 This is also where you can find a lot of colourful beca (trishaws). A short trip from point A to B will cost you RM10, but if you prefer to hire them by the hour, the going rate (determined by the state government) is RM40 for every 60 minutes.
at December 17, 2010