A few days ago, we took Arif for a scheduled cranial ultrasound. These types of ultrasounds are routine for preemie babies, as they help detect abnormalities in the brain. Unfortunately, Arif's scan detected a few problems and he was immediately admitted for tests. 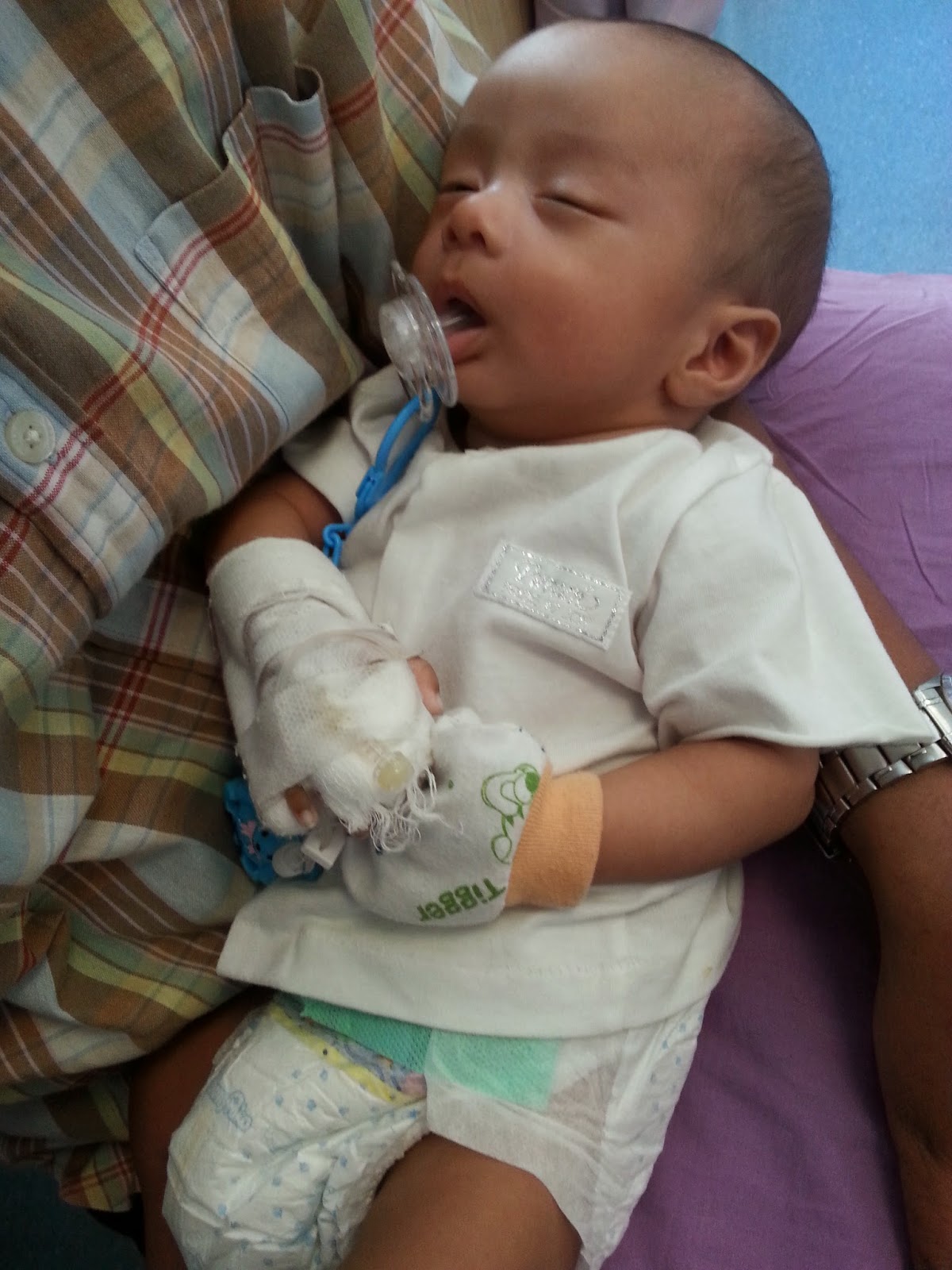 First, the saw a cyst in his brain, which is a form of scarring as a result of the Grade II Intraventricular hemorrhage that he suffered at birth. They also noted that the two hemispheres of his brain was asymmetrical. These conditions may or may not have long term effects on his development, only time will tell.

The thing that had the doctors alarmed, however, was the presence of what they believe is a sort of liquid in the layers outside his brain. Whether the liquid is cerebrospinal fluid or blood, they cannot tell from the ultrasound. As you can imagine, my husband and I were in absolute shock and horror.

They ran an eye test on him and thankfully it showed that his eyes were normal and that there was no bleeding behind his eyes. They ran a blood test twice and noted that most of the tests came back showing that nothing was alarming. I was told the other blood tests will take longer to complete. I did not hear results of his urine tests, but I think they are either fine or the results are pending. 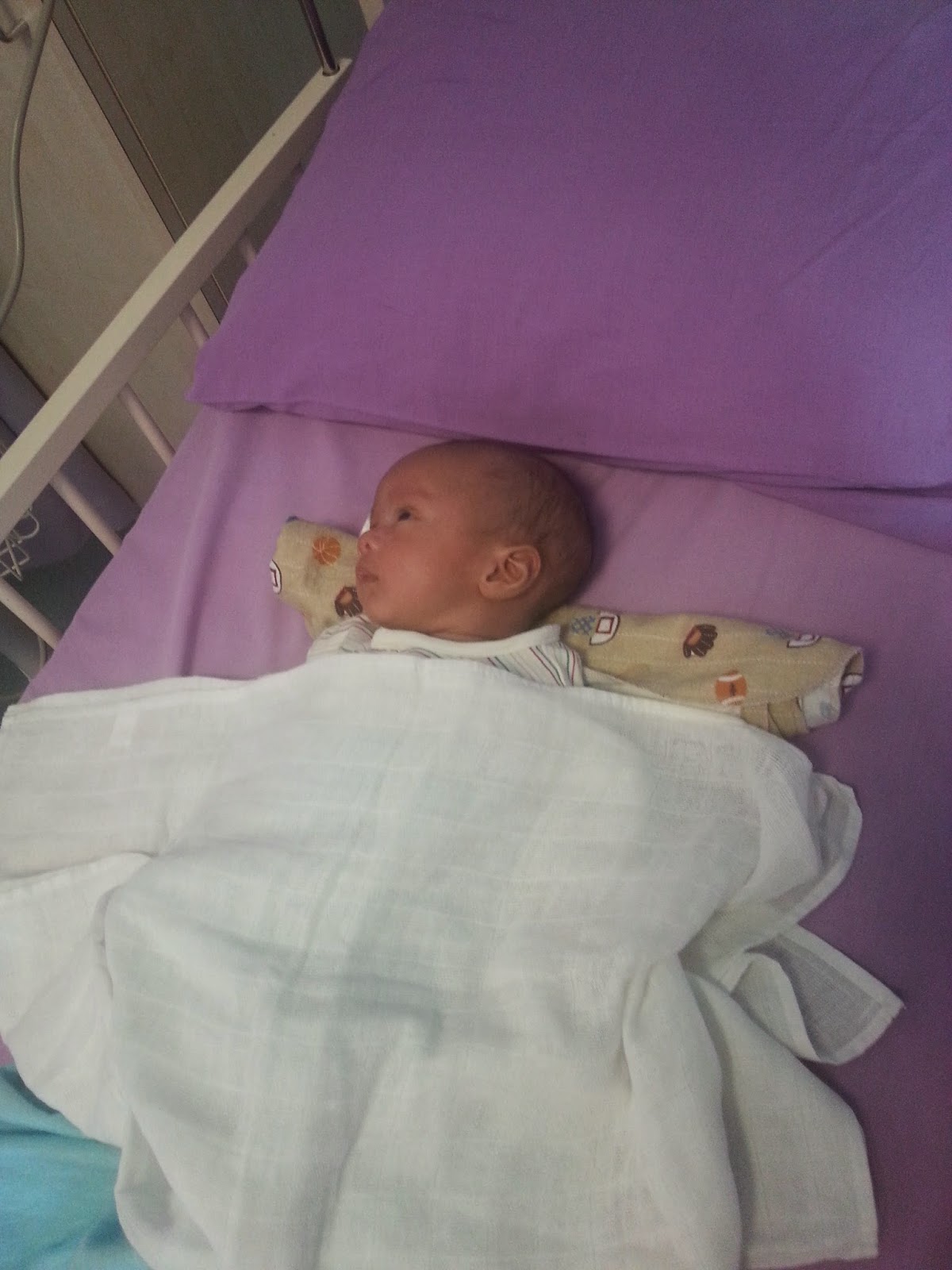 The doctors also noted that Arif was healthy, his head circumference did not increase during his stay and its growth since birth was consistent and normal, and he had no fever or seizures. We explained to the doctors that he has been a calm and happy baby since the day we brought him back from the NICU.

As there didn't seem to be anything wrong with Arif and there was nothing else they could do for him at the moment, they discharged him after a two-night stay. We are to bring him back to the hospital on the third day of Hari Raya to be sedated, so that they can run an MRI scan on him on Thursday morning.

We pray that the scan will show that nothing is wrong with Arif. This is a difficult and challenging time for me and my husband, but we have faith that we will get through this and it will be ok. Arif has been through and survived so much already, he is my little amazing fighter.