The Force Was With Us @ Kinokuniya

Last weekend, the boys and I attended the Star Wars Reads activity at Kinokuniya, KLCC, which was organised by the Star Wars Malaysia Fab Club. It was really fun and we had an awesome time :) 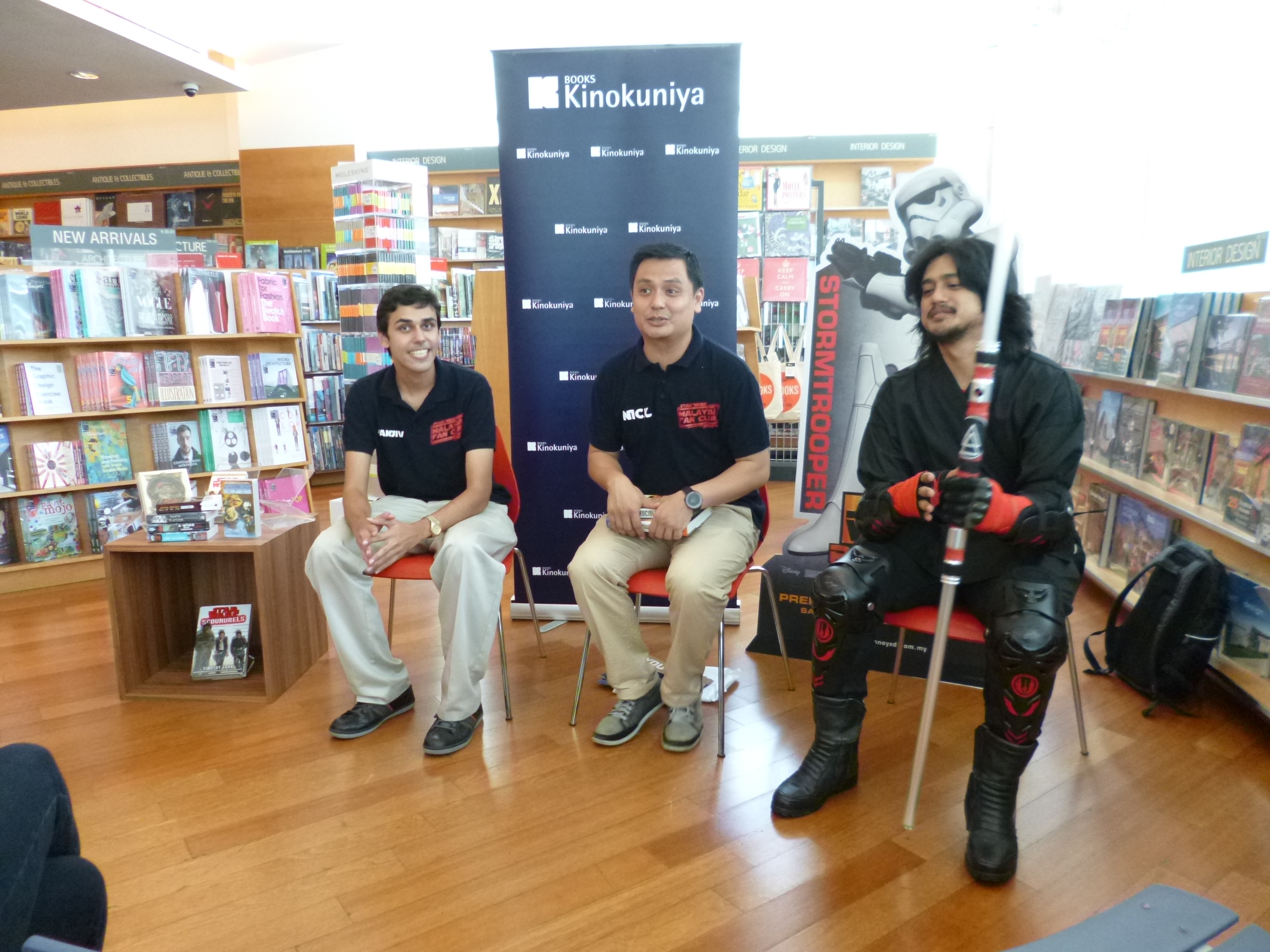 Here's the panel of Star Wars experts, who provided an in-depth take on what's happening in the Extended Universe and what to expect in the upcoming Star Wars movie. 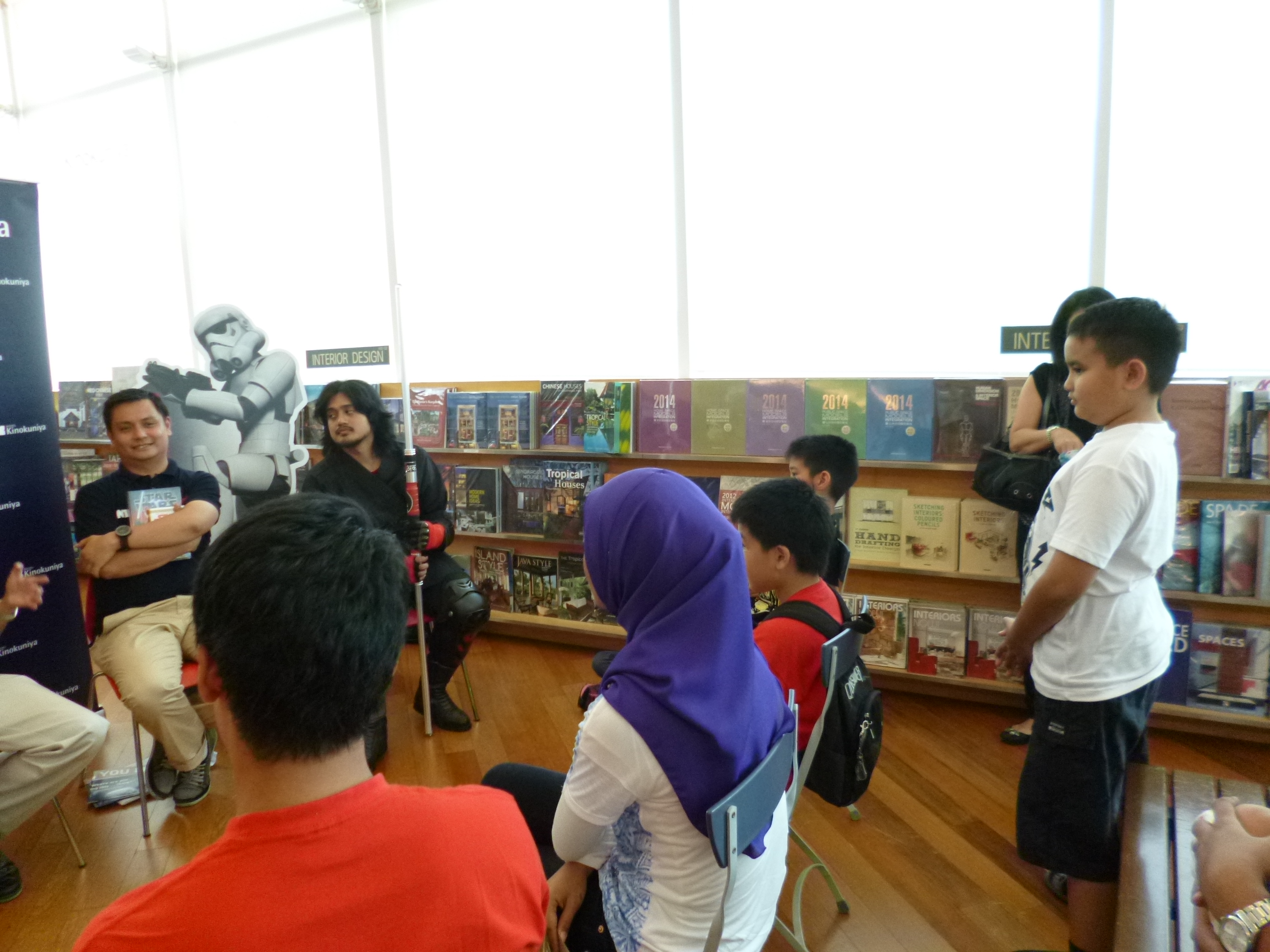 Amir asking the panel a question :) I didn't waste the opportunity to get my geek on either, as I questioned the panel on the EU's thoughts about Anakin's true origins. 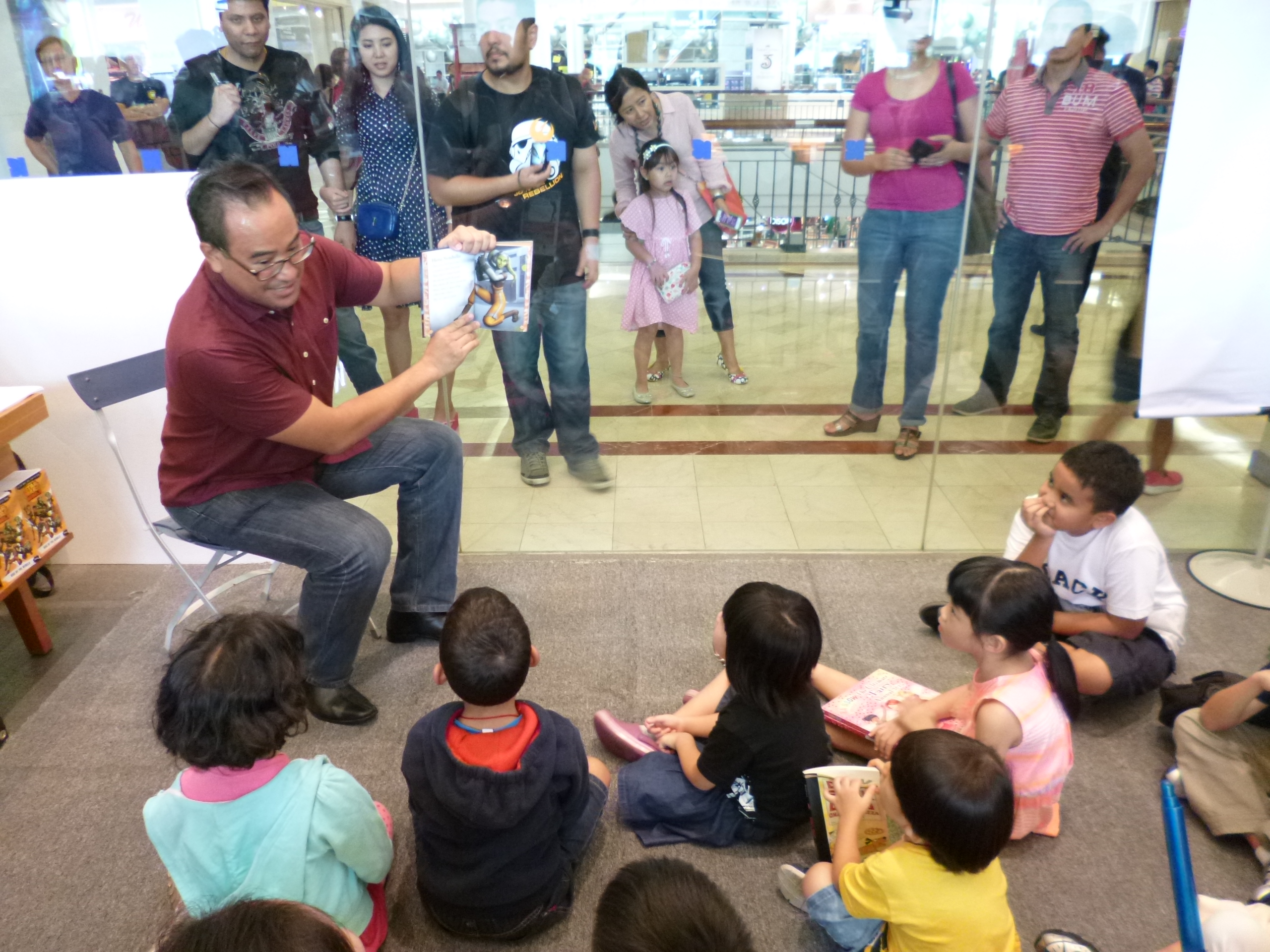 Amir really liked the story telling session, he surprised me with his detailed knowledge on Star Wars! 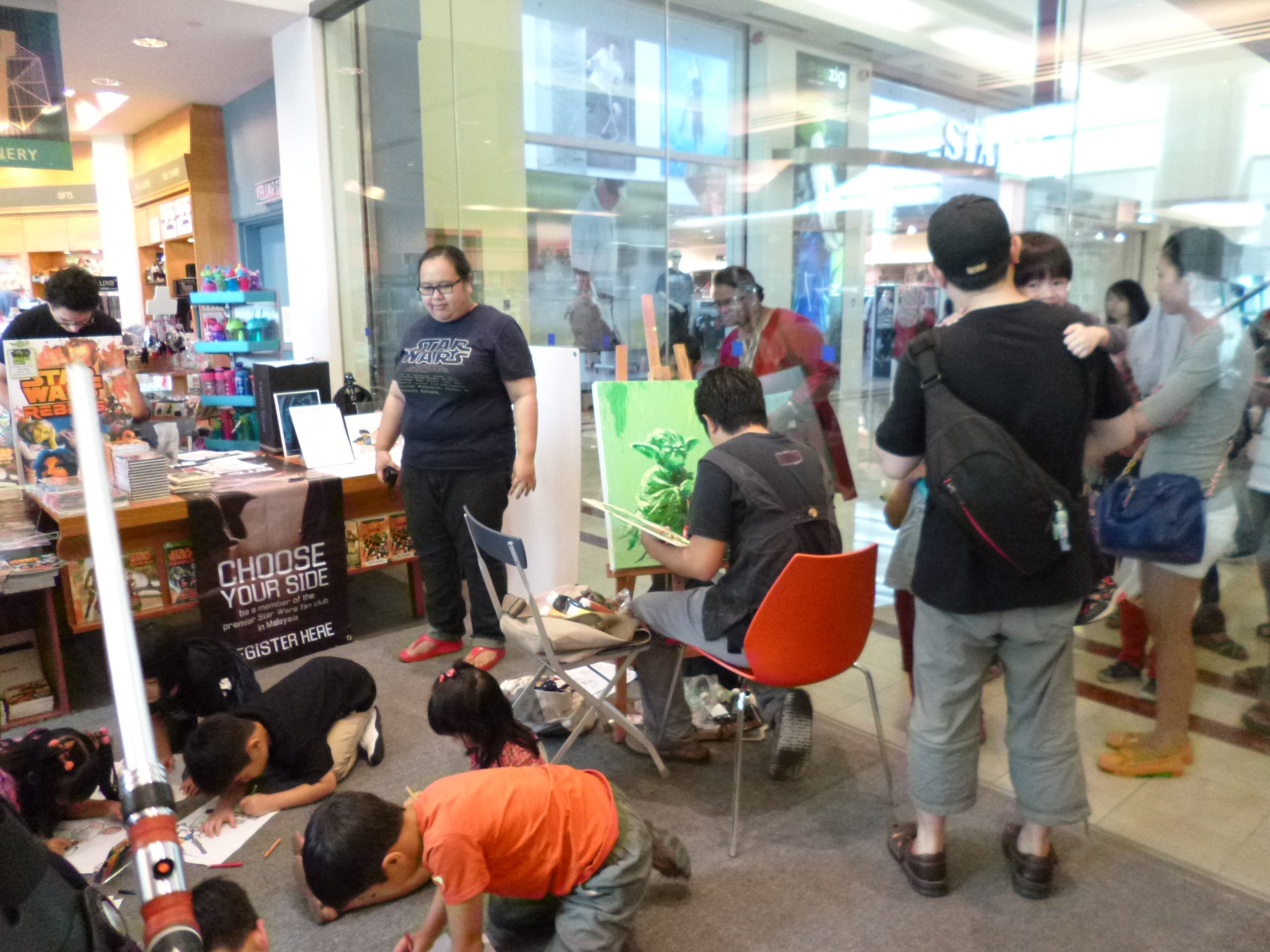 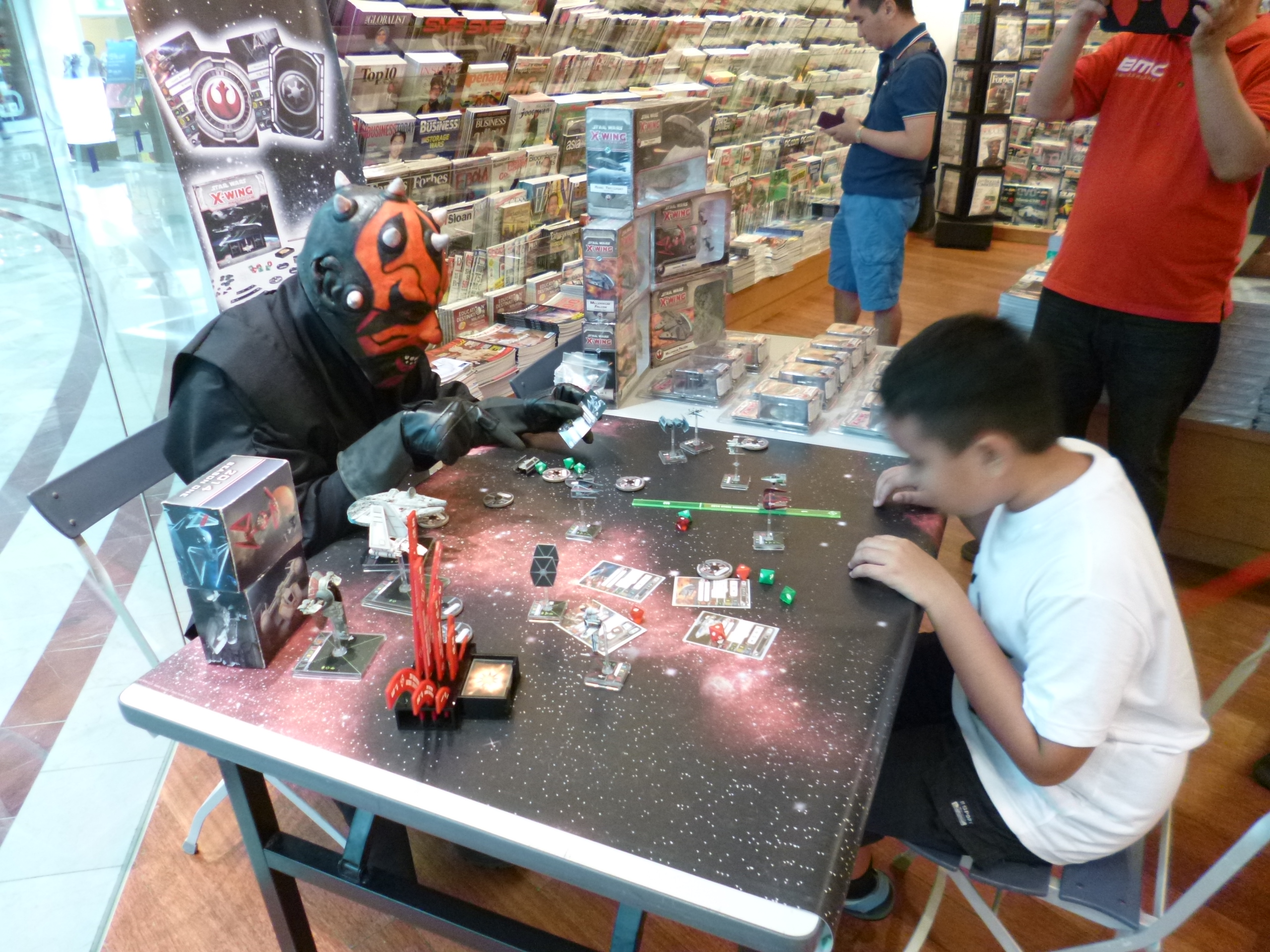 Amir also had a chance to mingle with Star Wars characters. He even played X-Wing with Darth Maul. 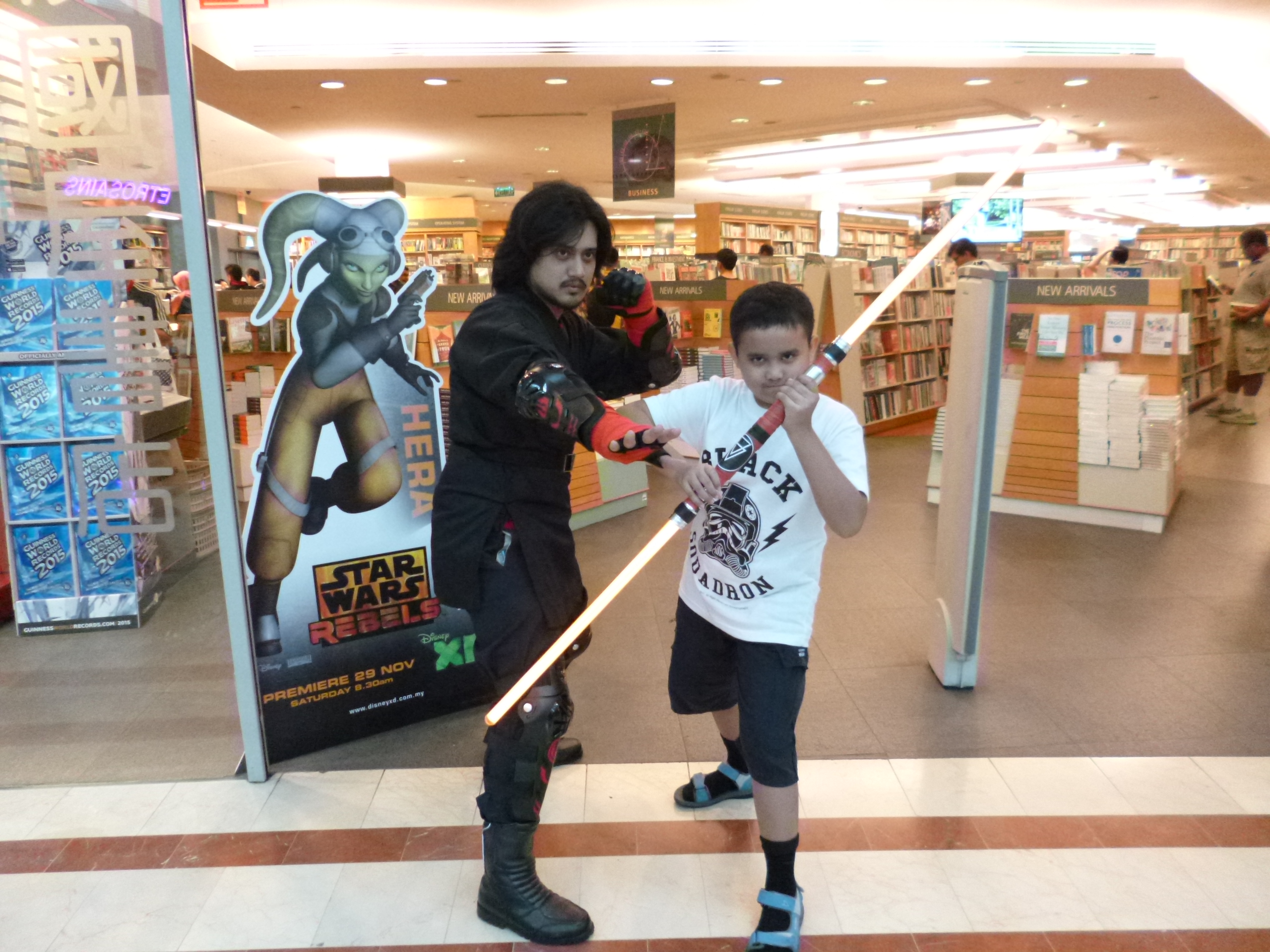 This fine gentlemen, we were to learn, is neither Jedi nor Sith. We have lots yet to learn about the EU! 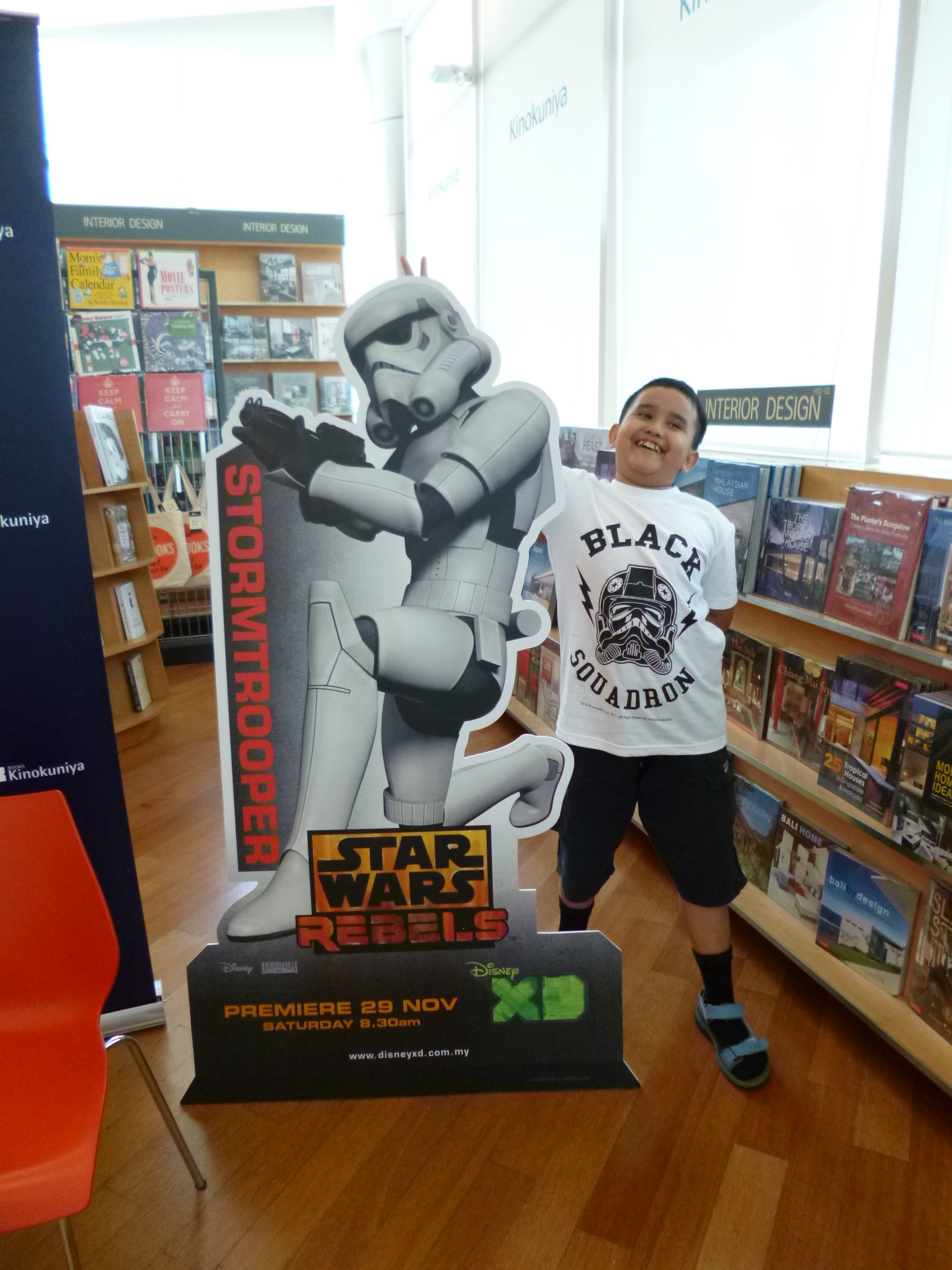 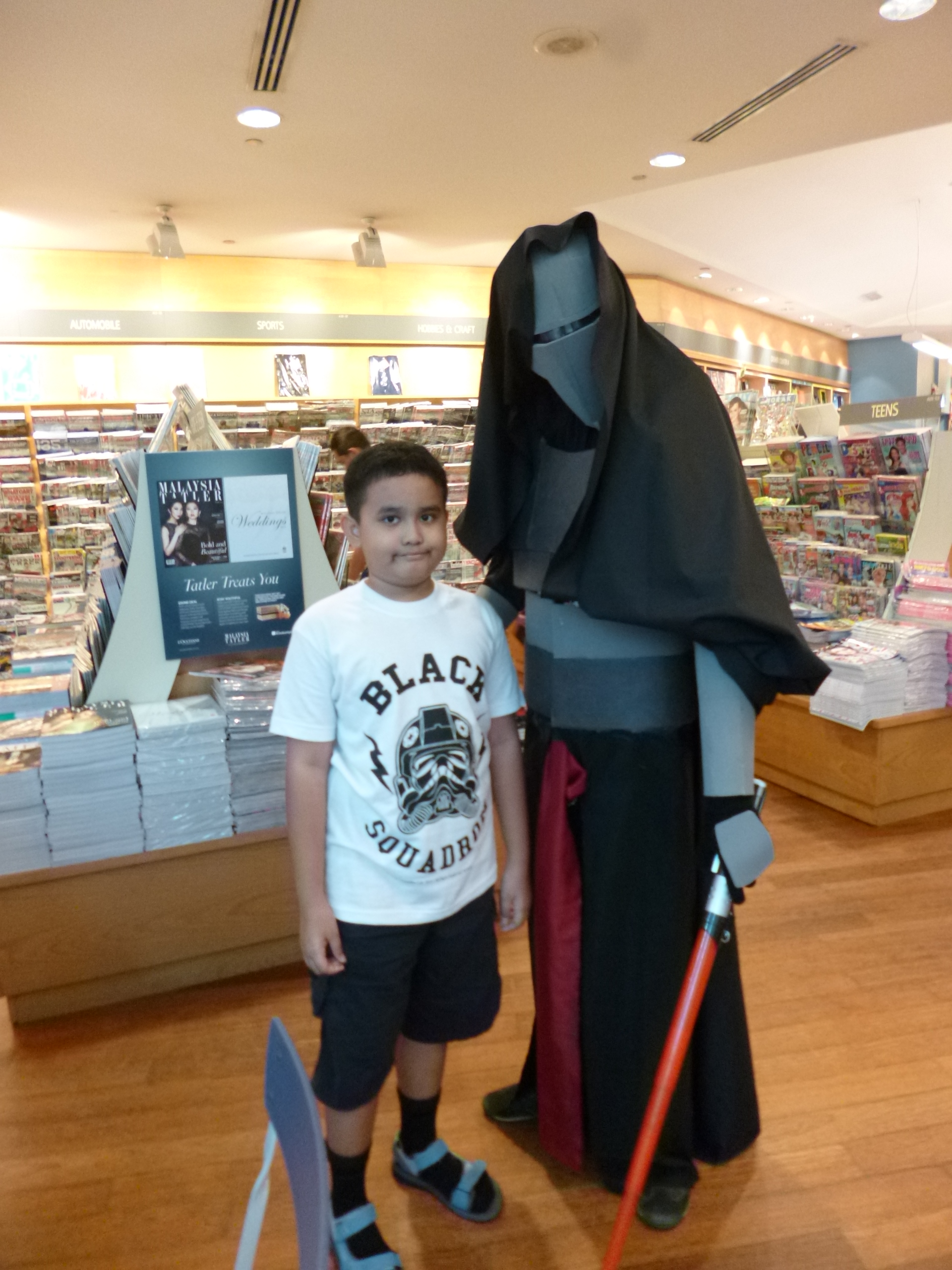 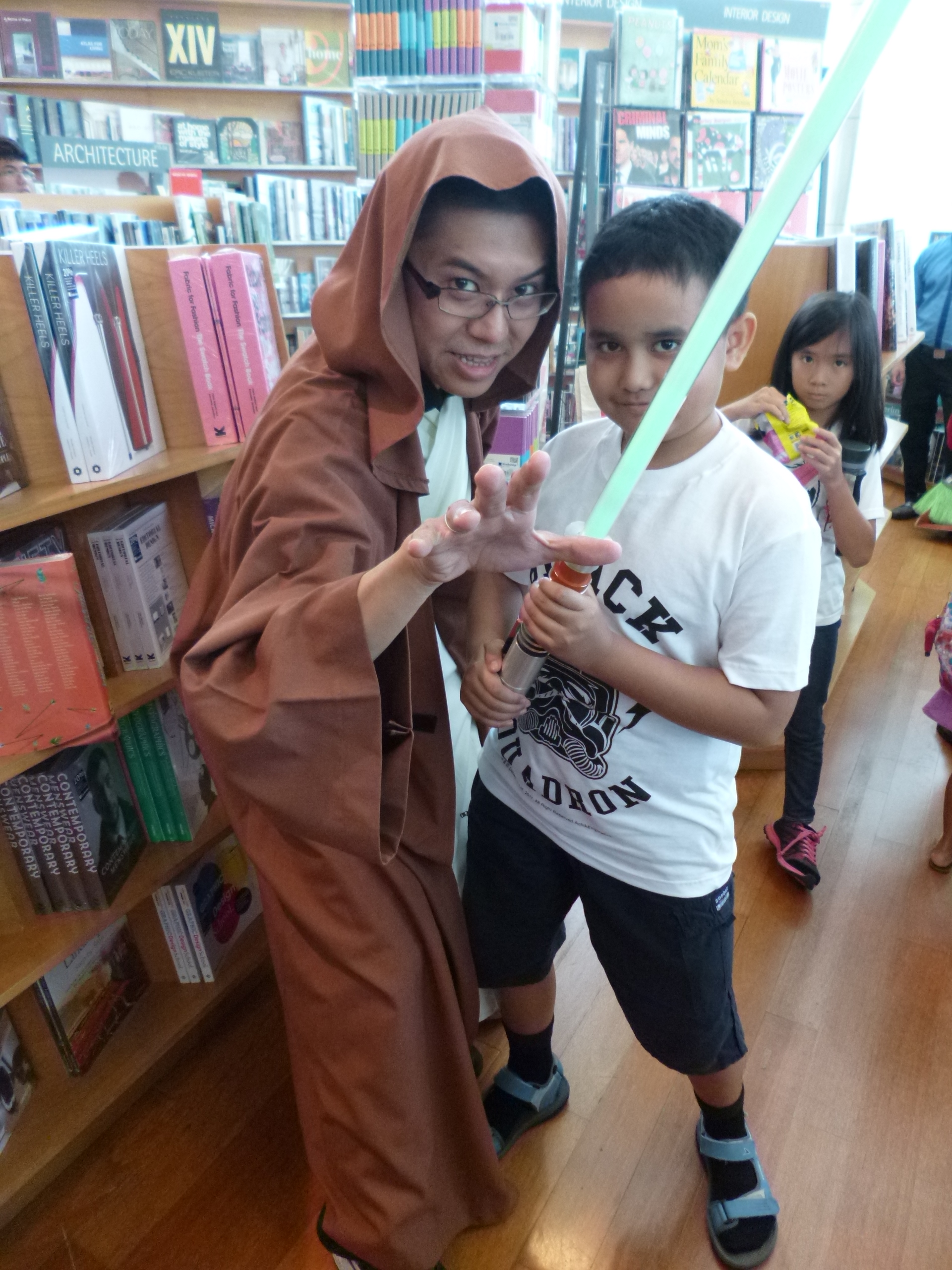 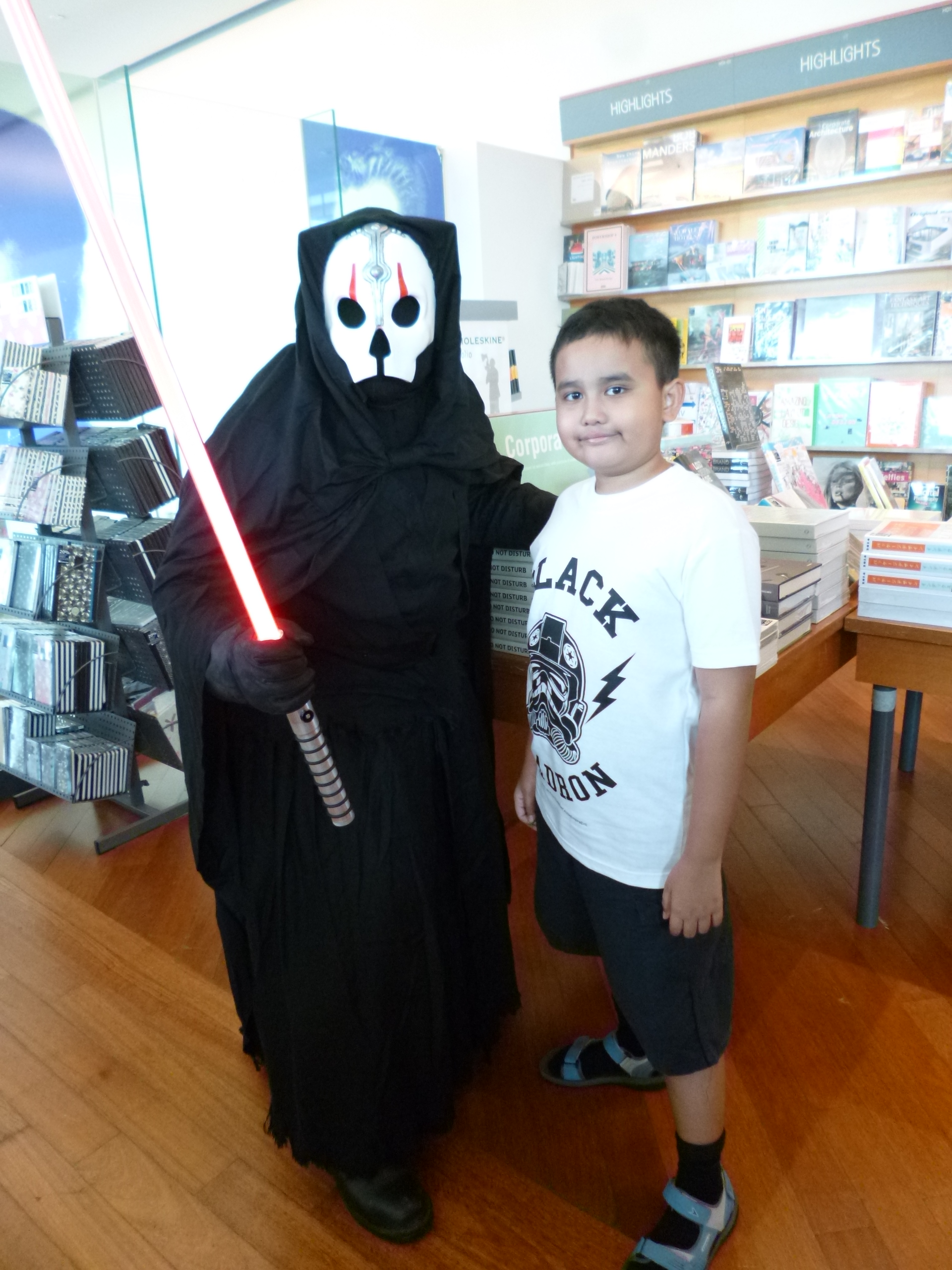 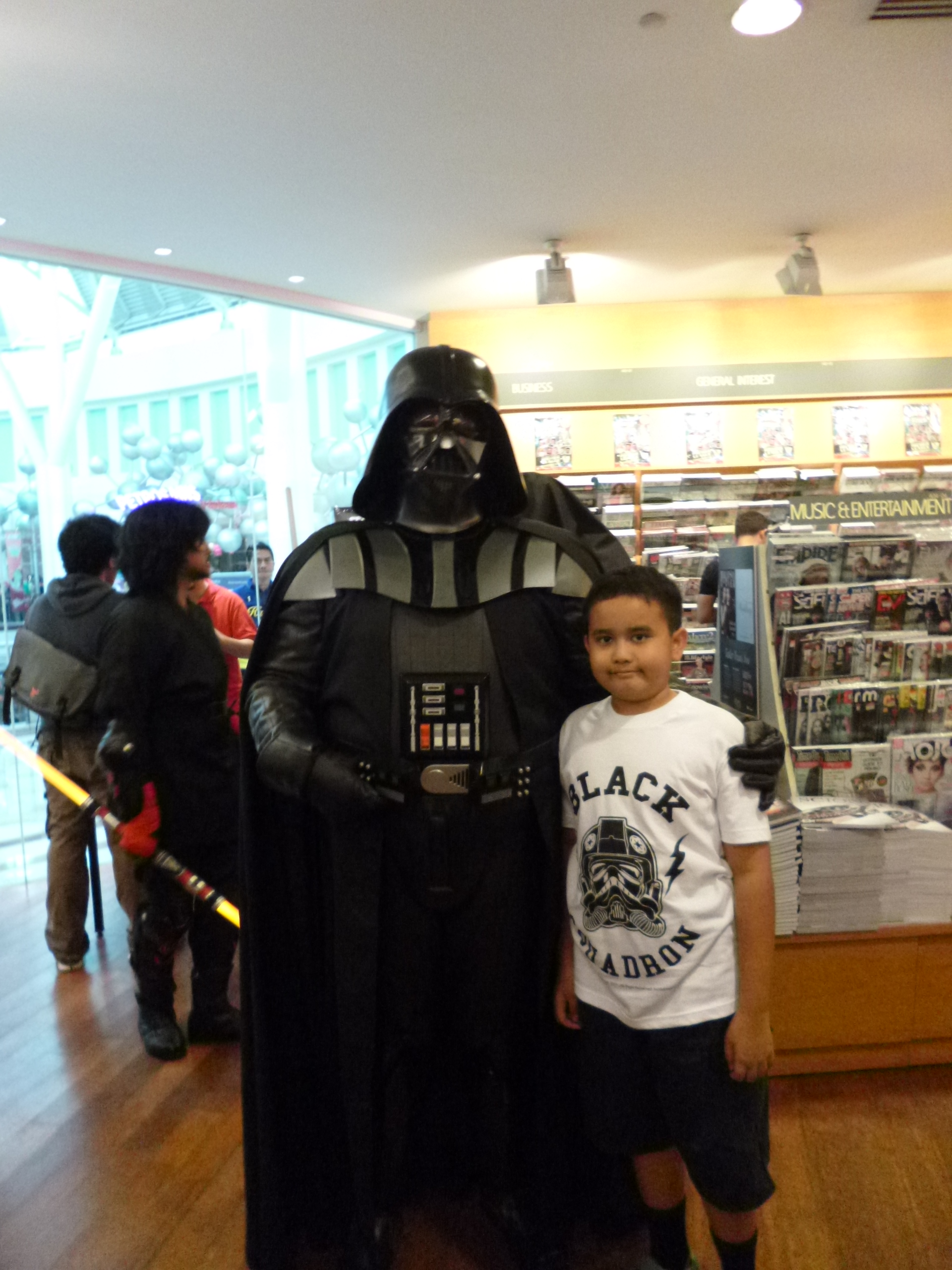 And of course, the icing on the cake - Darth Vader himself!

Amir signed up for membership with the club that day and since then, I've had to watch Star Wars episodes 4-6 over (his favourites) and over again at home!

Email ThisBlogThis!Share to TwitterShare to FacebookShare to Pinterest
Labels: family and home, see and do