5 ways to protect yourself from theft

The Threat of Burglary - Be Vigilant!
I am grateful for the fact that I've never experienced a home burglary, but I know at least five people who have suffered through this awful trauma. Not only did the burglars make off with their cash, jewellery and personal belongings, some even damaged their homes. Some of my friends and their family members have even been threatened and hurt during the burglary. The thought of it truly sends chills down my spine... 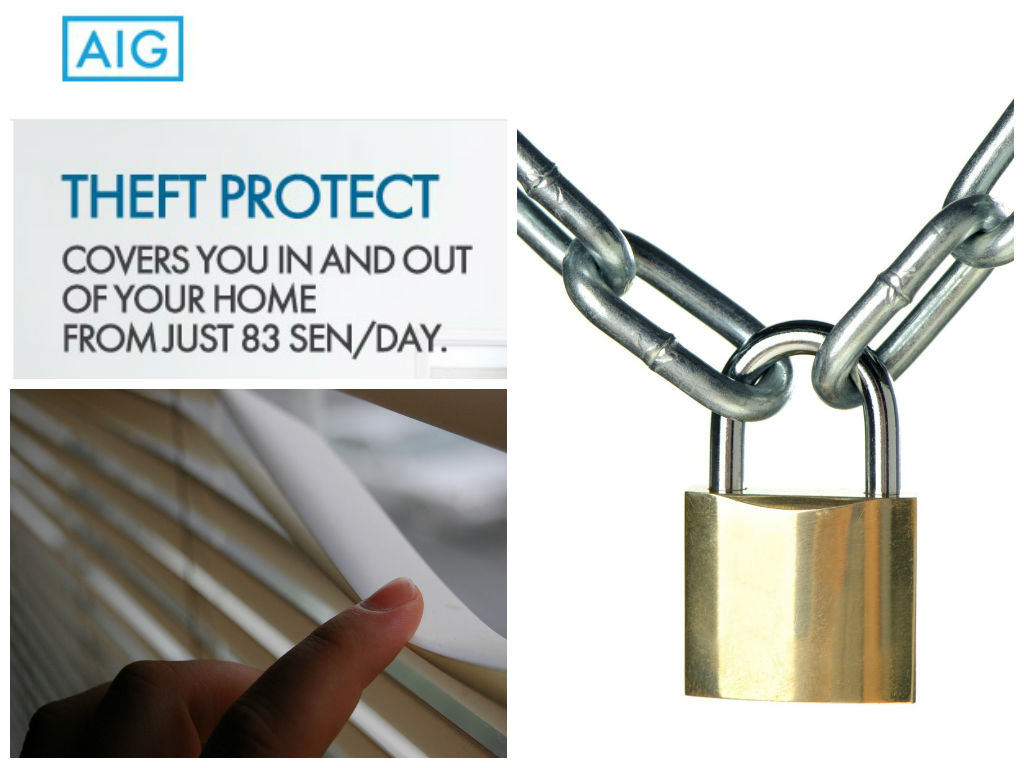 With the school holidays just around the corner, I imagine many families are gearing up for a trip out of town, leaving their homes empty and possibly exposed. As crime is on the rise, the nagging worry on most people's minds has got to be the safety of their homes and the security of their belongings. Their worries are, however, not unfounded.

Did you know that we are at risk everyday, in or out of home? In 2013, the Bukit Aman branch of the Royal Malaysian Police officially revealed these shocking facts:


17,470 cases of break-ins  and; burglary occurred
33,197 robberies and snatch theft were reported


Unnerving isn't it? Be safe everybody!


Fortunately, there are steps that we can all take to protect ourselves and our homes. As with most preventive measures, it largely boils down to common sense, but sometimes we can fail to see that when it comes to safety, little things can go a long way.

How to Protect Yourself from Theft
If you'd like to boost your home's security, here are five simple ways to do so:
By practicing these simple and practical steps, you're closer to guarding yourself and your family from theft. Be safe and let's not be sorry!