We recently enjoyed a short stay at Colmar Tropicale, and as it was our first time there, I thought I'd blog about my first impressions of this popular holiday destination. First of all, the climate isn't very cool, unlike my memories of Genting Highlands and Fraser's Hill from years back. Sometimes, it can get pretty warm when the sun is out, so there's really no need to pack a sweater or anything. There isn't even a chill at night, I found. 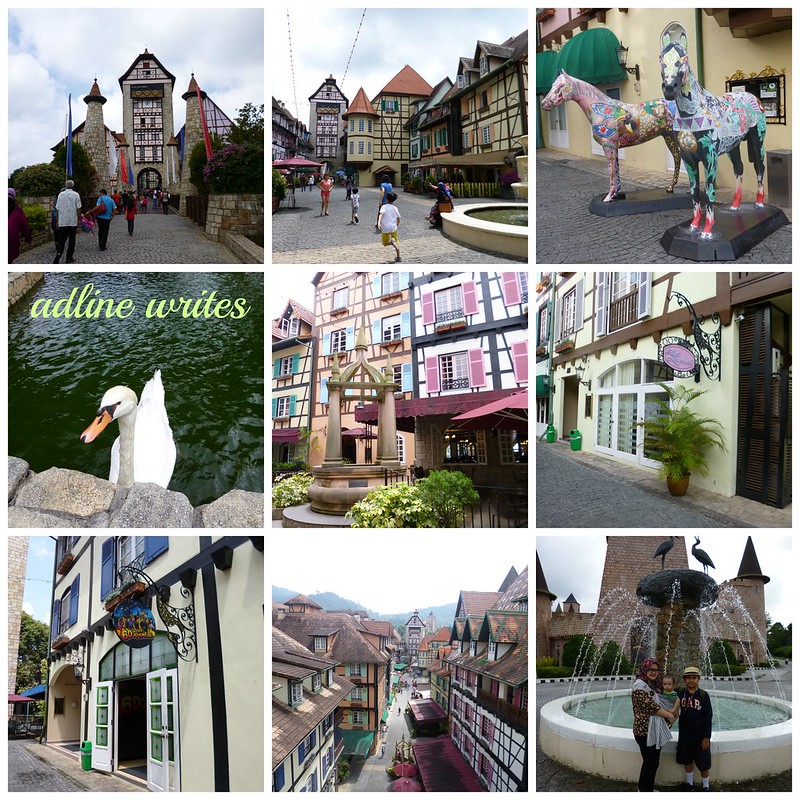 Secondly. the place looks great in pictures. Be it on other websites or blogs, and even in my own photos, everything looks pretty awesome. In real life, however, it's not quite as charming as I had hoped. Even if you've never been to France, or any European country for that matter, you'll be able to tell right away that the architecture and decor here is lacking authenticity. Plus, it's hard to have an immersive experience when game arcades and 6D adventure rides are among the shops lining the street. I mean, I don't really mind that they're there and Amir did have fun trying them out, but perhaps they could have been incorporated a little more discreetly.

Also, if you tend to pay attention to details, like I often do, you'll notice that lots of things in the town need a repair or replacement, or an upgrade. And speaking of the town, which is pretty small, you can pretty much see everything you need to see in it in just a few hours. So if you're staying for more than a day, it could pretty boring after a while, even with the other attractions at Berjaya Hill. 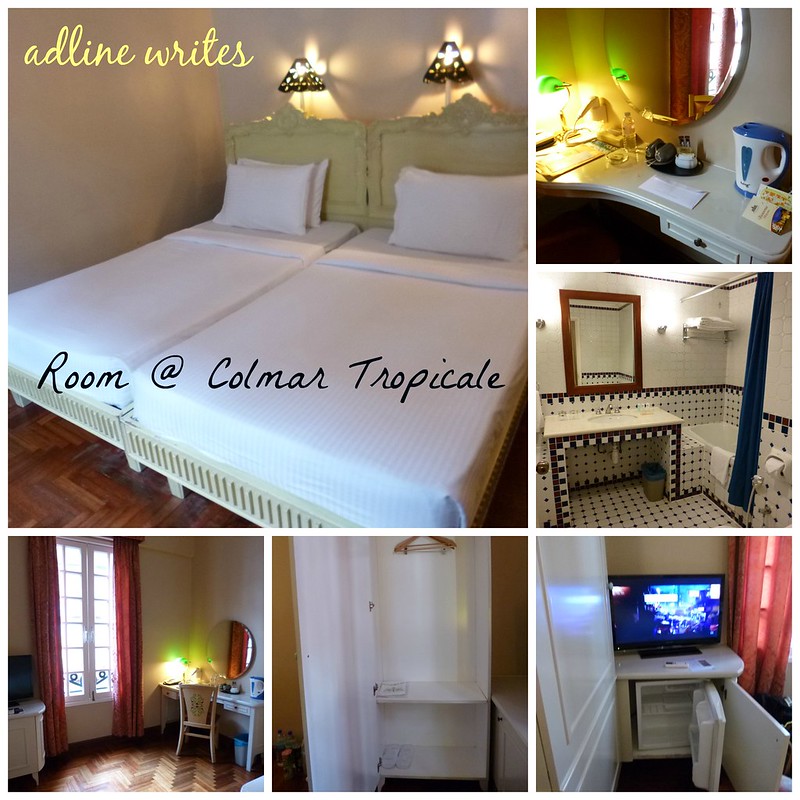 The room we stayed in was small, but comfortable. It had two single beds, a desk, a TV, a small cupboard and a mini fridge. The kettle's cord was too short, so we had to kind of put it under the desk to boil water, which I felt was rather odd. Our room was on the first floor, so when we opened the windows, we could hear the noises from the street below. I shudder to think what it might be like of our room was near the stage, where they play loud music during performances. Though, as I mentioned, the climate wasn't as cool, we did find that the room was cool enough at night without the need for air conditioning. If you like, you can leave your window open for ventilation. There are shutters for privacy and a mosquito screen to keep bugs out. 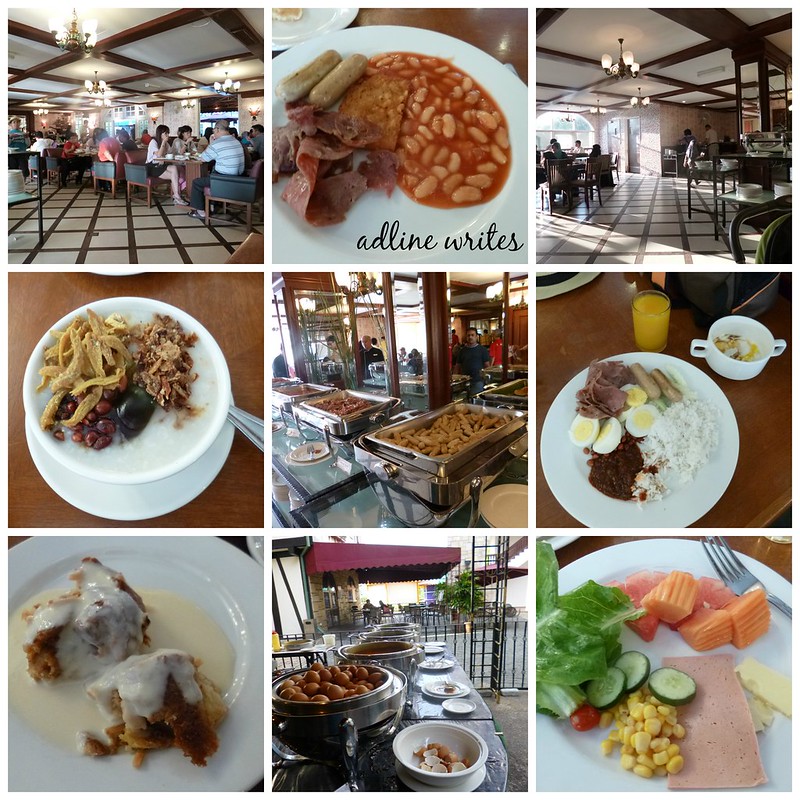 Our stay came with complimentary breakfasts for two. We only had to pay for Amir and we weren't sure of the rates, so when the guy at the front desk said RM45, we just paid for it on the first day. We later realised that kids need to pay only half that. So the next day, we brought it up and they kindly let us in without having to pay for him again. I enjoyed the breakfast spreads, they tasted good and there was a decent variety too.

As for the stage performances, I thought they were pretty outstanding. The performers could use new costumes and the ladies perhaps could benefit for a bit of makeup, but their appearance did not detract from the fact that they're true professionals. I noticed that they change up the acts a little bit every hour and each day, so you'll be able to enjoy many different performances. 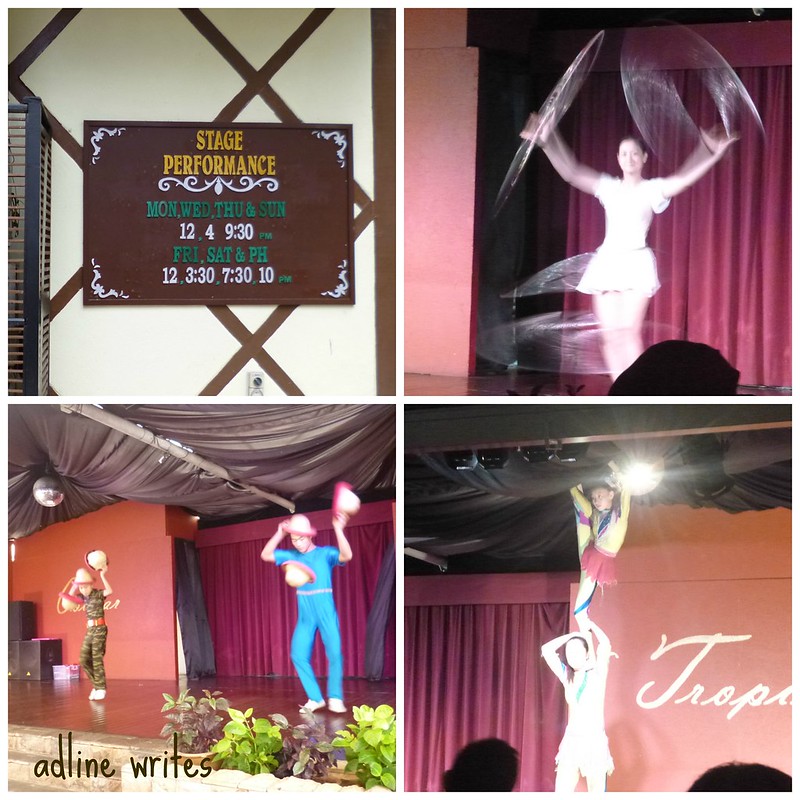 Of course we took some time to visit the other attractions at Berjaya Hill. We took the tram up to the Japanese Garden, but if you hate waiting and prefer to make your own schedule, take your own car. However, parking is rather limited. To get to the Japanese Garden, you have to climb up around 88 steps and walk uphill for quite a distance. Then, there are more steps uphill as you get to the garden. I carried my baby in a sling, so later on, my feet and shoulders did hurt a bit. The climate in the Japanese Gardens is marginally cooler and the greenery was beautiful. I loved being close to nature and breathing the clean air. However, I wasn't at all impressed with the "structures" in the Japanese Village. They are in desperate need of upgrading! After losing our breath climbing up and down the Japanese Village, we treated ourselves to some overpriced ice cream cones. 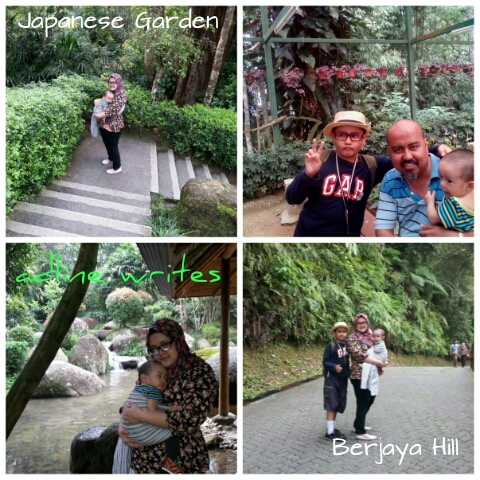 We spent a little time in the Botanical Gardens next door, but were too tired, so we made our way back down to wait for the tram, which was delayed. The next day, we visited the Animal Park. There is an entrance fee, which is RM4 for adults I think and half that for kids. We spent maybe 10 minutes in it, it's that small and not that interesting. The place was not very well kept and the animals looked rather sad. Here is another place that needs upgrading. Still, we appreciated the fact that the kids could see deer and rabbits up close. As city kids, they never get to do that. 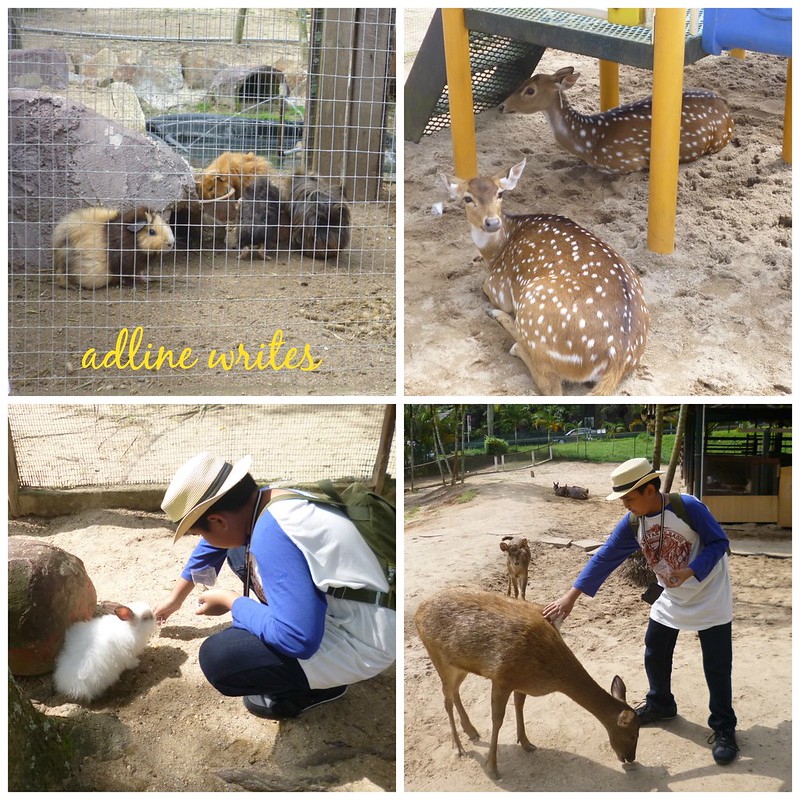 We meant to take Amir horse riding, but it got really hot and we felt it was best that we skipped that. Maybe next time we'll get a chance to do it. Yes, there could be a next time, but we'll probably only stay a night. It's just an hour's drive away from PJ, so it's quite convenient.

As for the other highlights of our trip, the kids had fun at the hotel pool and I absolutely loved my visit to La Vande spa. The Swedish/Shiatsu massage combo was just what I needed to soothe my aches and pains. It was under RM200 to boot!

We drove to nearby Bentong to attend my friend's daughter's wedding, and by the way, if you're headed to Bentong, do look out for the Petronas station to your left. You can stop by to get yourself some KFC and Dunkin Donuts. Food at the resort is expensive and not all that good in my opinion. We had the roast chicken meal and pizza. Both were cold and pretty tasteless. Plus the pizza crust had the texture of cardboard. My son says he liked the chicken though! And here I thought he was a picky eater! In all, it was a nice trip. I think the kids had fun and I loved the spa!

PS: If you're prone to motion sickness, like me, you might get nauseated during the drive up and down the winding road that leads to and from the resort, so pack your motion sickness pills and medicated oil! LOL (sadly, I left mine at home).