Arif is learning how to pretend play :) 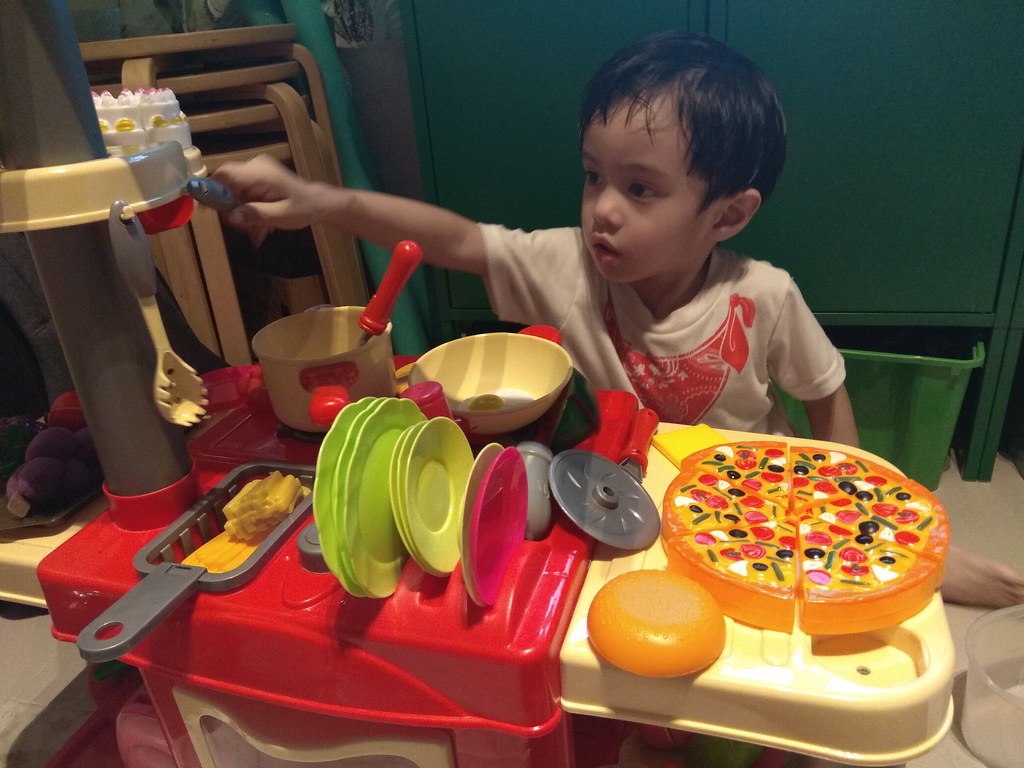 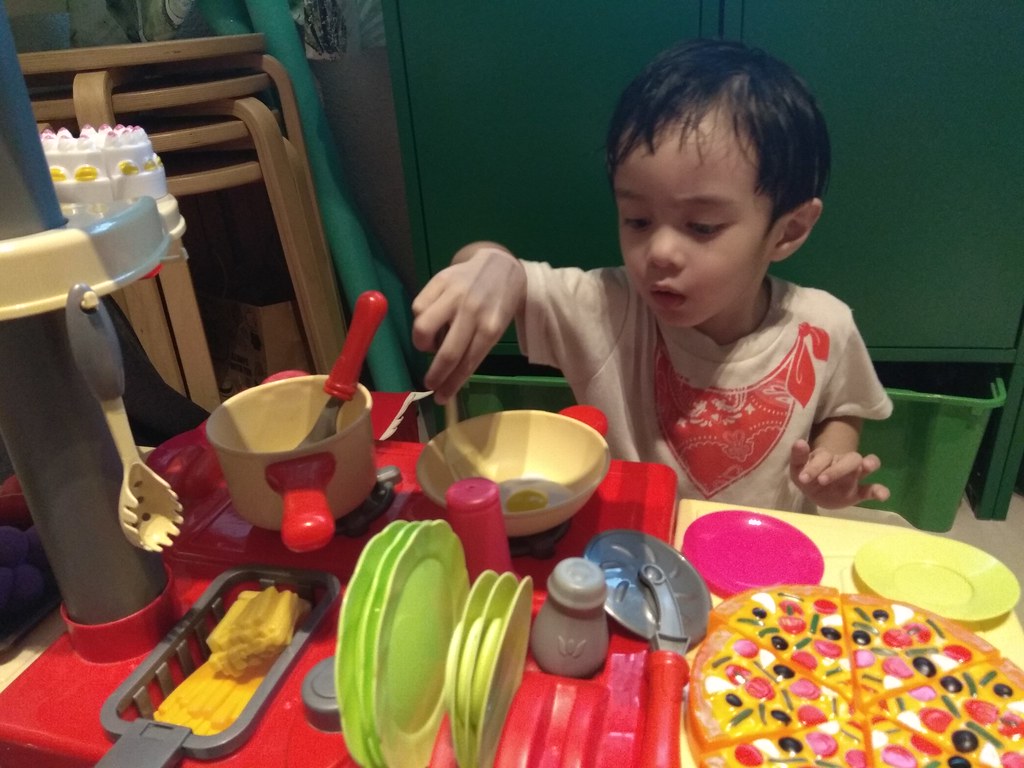 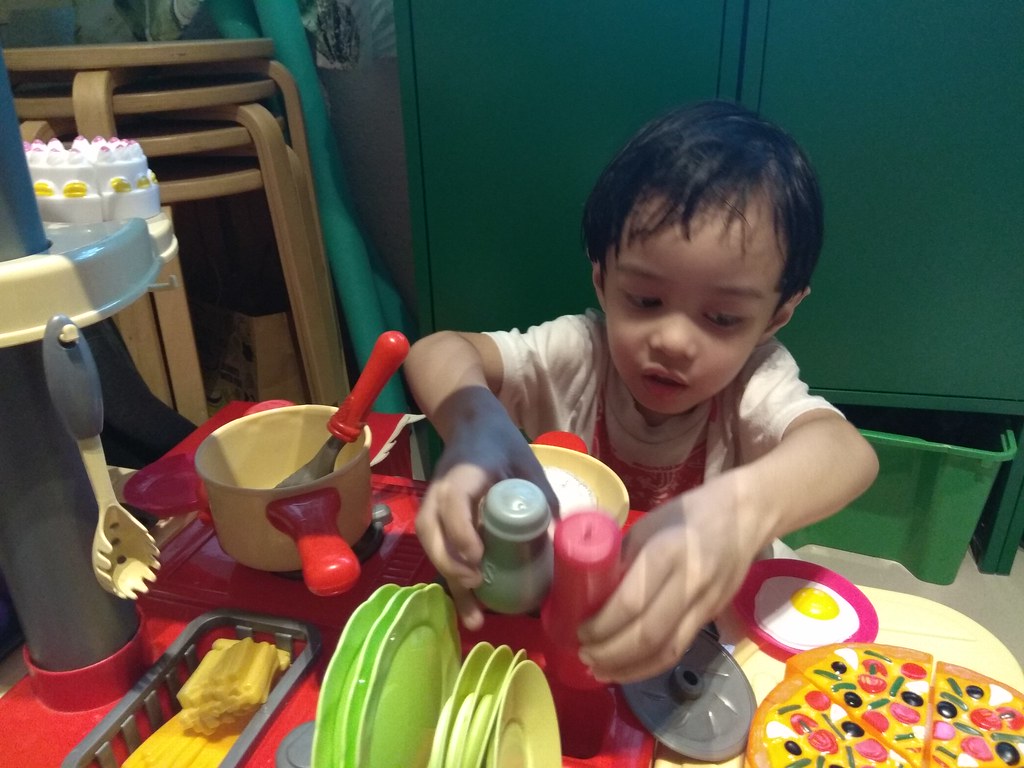 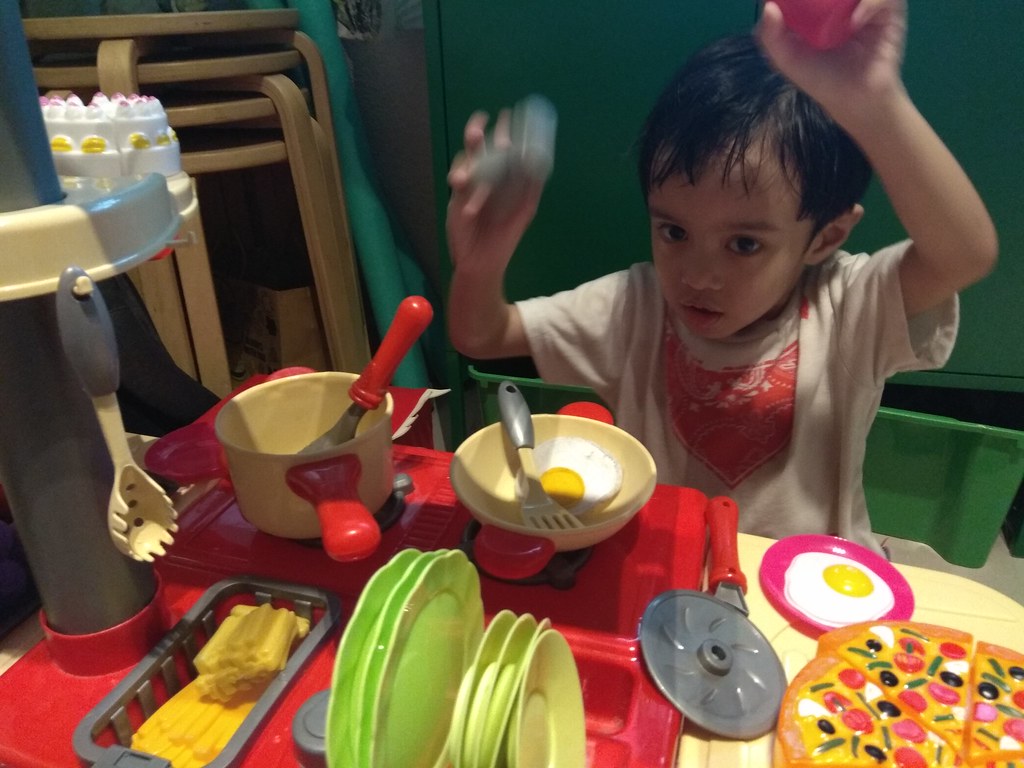 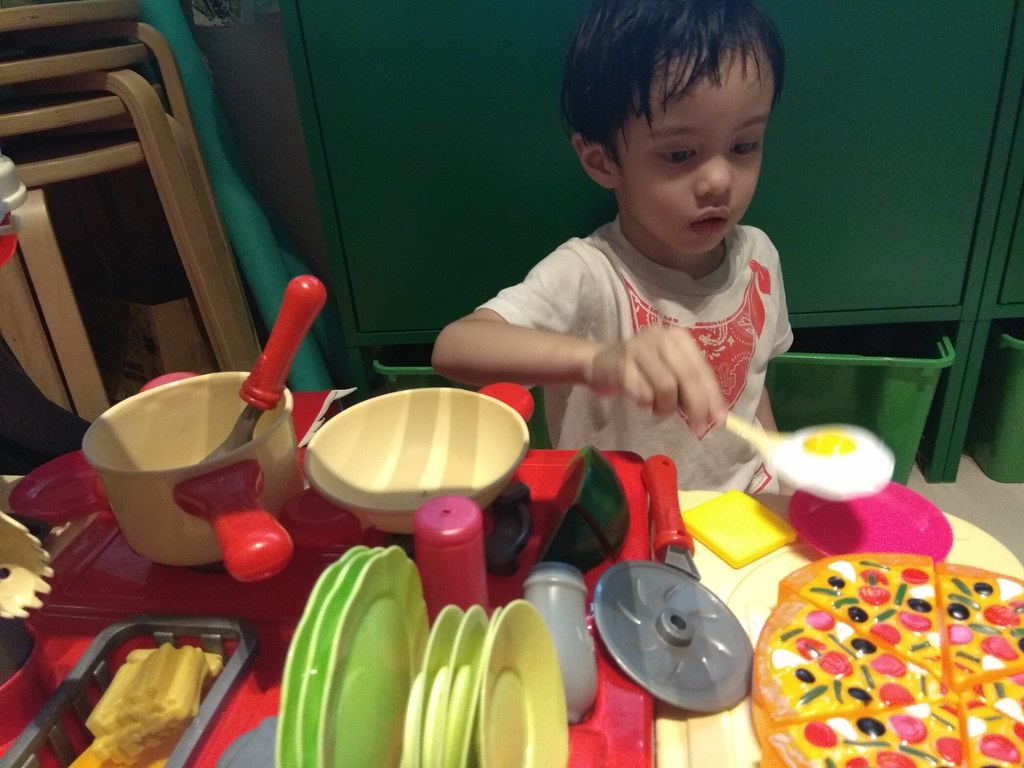 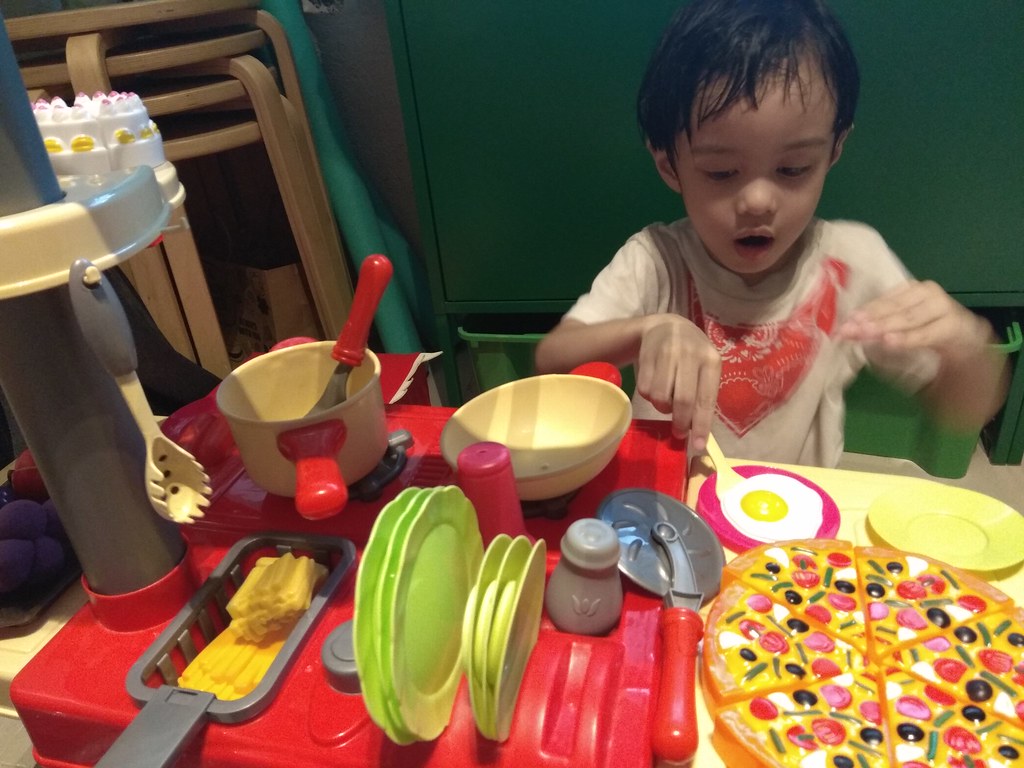 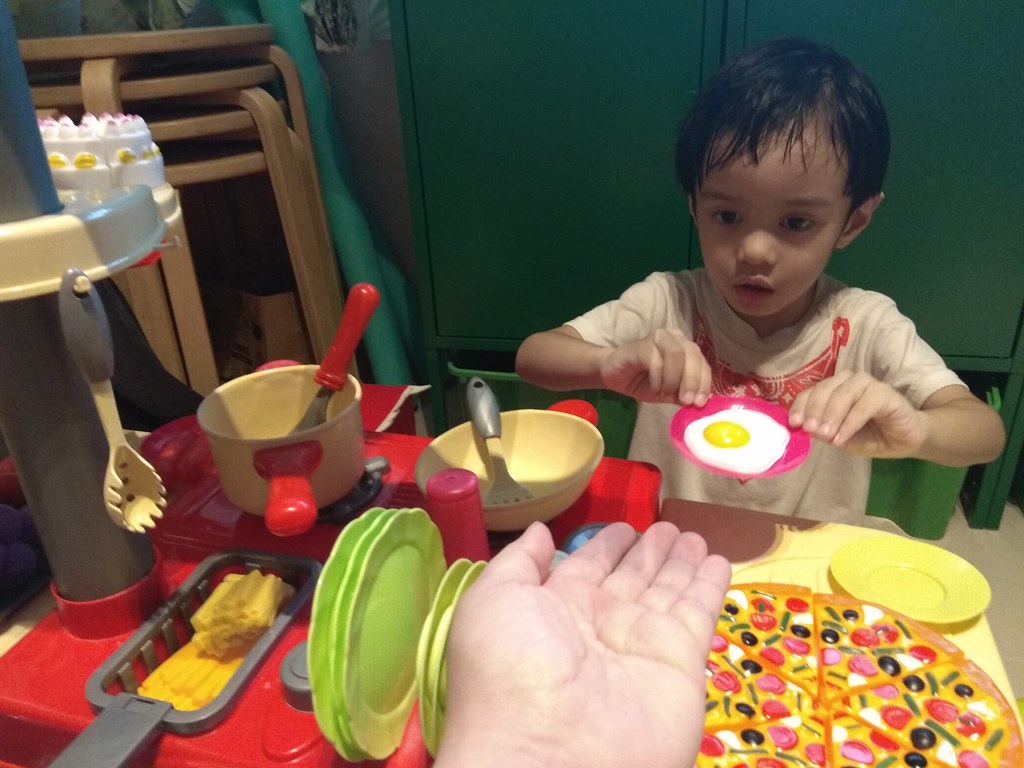 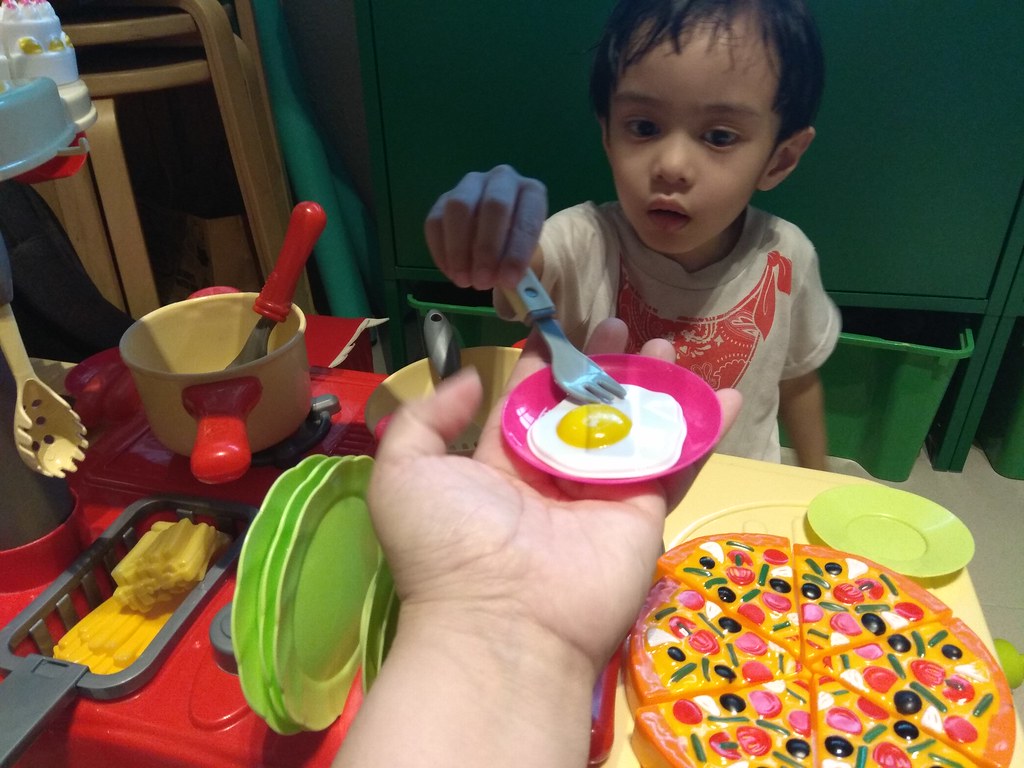 Like all kids, my son Arif loves to play, but as a kid on the spectrum, he has trouble with pretend and imaginative play. A few months back, his uncle got him a play kitchen, but Arif has taken a long time to actually understand how to play with it. This is because pretend play is difficult for children with autism. They lack imitation, symbolic play, social, communication and joint attention skills.

In the beginning, Arif would just take the play kitchen apart (over and over) and smash things around. Once or twice, he would take a cup and pretend to drink from it, but that's about it. He would take little interest in me being near him. He did not really understand what all the food, utensils and stove were about. But I never gave up on showing him how to play. So you can imagine how excited I was yesterday, when Arif took a spatula, fried an egg 🍳, seasoned it, put it on a plate, served it to me and handed me a fork! He enjoyed this so much, he did it several times.

I am so proud of this milestone :) This means Arif is developing pretend play skills, which is a big step for him! Playing with mummy every day and KAMI playgroup has helped Arif a lot 💛💚💙 #autismmum #learnthroughplay #therapeuticactivity

Want to understand why kids with autism play differently? Check out this article.
at December 19, 2017